‘Bunnings has done it’: Why Australian SMEs need to adopt e-invoicing sooner rather than later 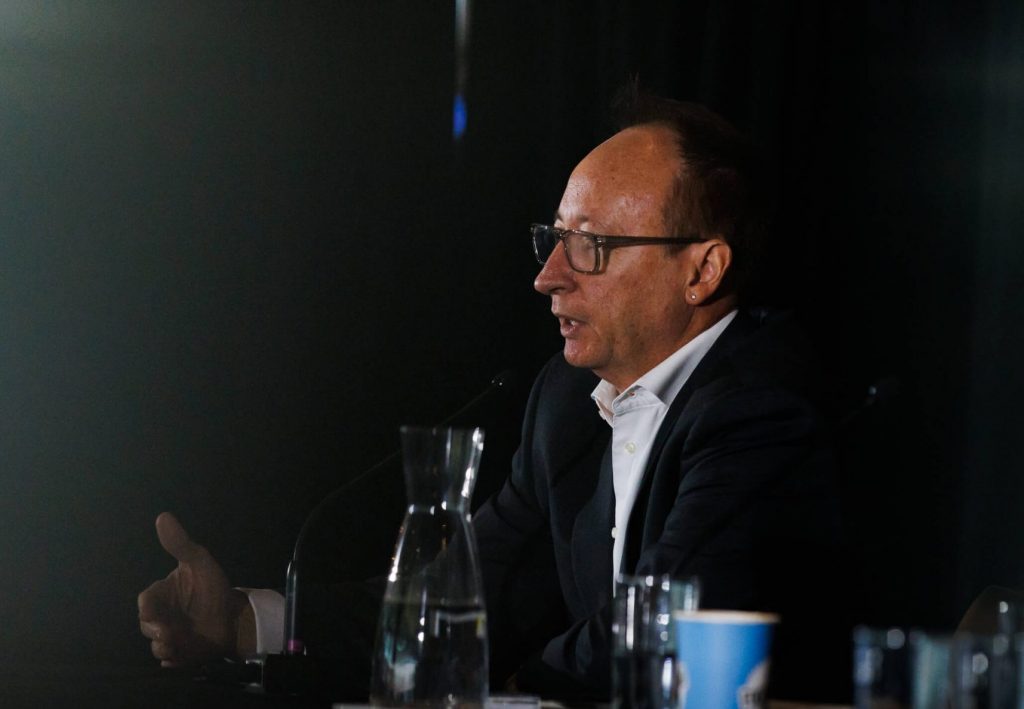 The four experts spoke on the importance of e-invoicing, discussing the benefits of adopting the new technology and why, if Australian SMEs don’t adapt, they will risk both falling behind and falling victim to fraud.

Current statistics show 73% of SMEs are looking for solutions to combat late payments, along with trying to avoid becoming one of the one in five SMEs that are targeted with fraudulent invoices.

By implementing e-invoicing — along with automating their accounts payable and receivables process — SMEs will be able to further protect themselves from such challenges, the panel explained.

You’ll also receive messages on behalf of our partners. You can opt-out at any time.

Speaking via video call from Germany, CPA Australia technical advisor for assurance and emerging technologies Dr Jana Schmitz shared the statistics that 1.2 billion invoices are sent each year in Australia, and almost 90% of those invoices are sent by SMEs.

Dr Schmitz said it was obvious that with these volumes, invoicing has become a costly and time consuming process.

E-invoicing, however, is a “game changer”.

“Each time a paper invoice is replaced by an e-invoice, there is an approximate $20 cost saving to the businesses involved,” Dr Schmitz explained.

Australian Taxation Office director of e-invoicing Mark Stockwell was also on the panel, and he said that by adopting e-invoicing, SMEs would be able to save 11 days of productivity per year.

“That’s at least one day per month that you’re getting back to spend with your family, spend outside of your business, or spend on other aspects inside your business,” he said.

If Bunnings is doing it, so should you

Despite the obvious benefits, one third of businesses in Australia remain convinced they shouldn’t go digital, Stockwell said.

Another problem surrounding the adoption is that when you talk to small businesses about e-invoicing, Deloitte account manager for indirect tax Paul Ambrosini explained, is that they think they are already doing it when they aren’t.

“They tell you ‘we send an invoice through email via PDF format’,” he said, claiming that’s what a large proportion of SMEs believes encapsulates e-invoicing.

“There is certainly still an element of confusion about what e-invoicing means,” Stockwell agreed.

Also on the panel was LUCA Plus co-founder and CEO Ray Wang, who settled this confusion among the audience by simplifying e-invoicing as using software with your supply chain who are also using software, enabling the exchange of data to flow seamlessly and safely.

As to whether it will become mandatory across all of Australia, Stockwell said it hasn’t happened yet at a federal level… but it won’t be far off (all federal government agencies will be required to adopt eInvoicing by July this year).

“It will definitely happen, and it is happening,” Wang said, and although the timelines aren’t clear, many businesses are already making the change in anticipation of the eventual mandate.

“Big Aussie retailer Bunnings went live [with e-invoicing] a month ago,” Stockwell said as an example.

“And I’m sure you have all heard of Bunnings”.