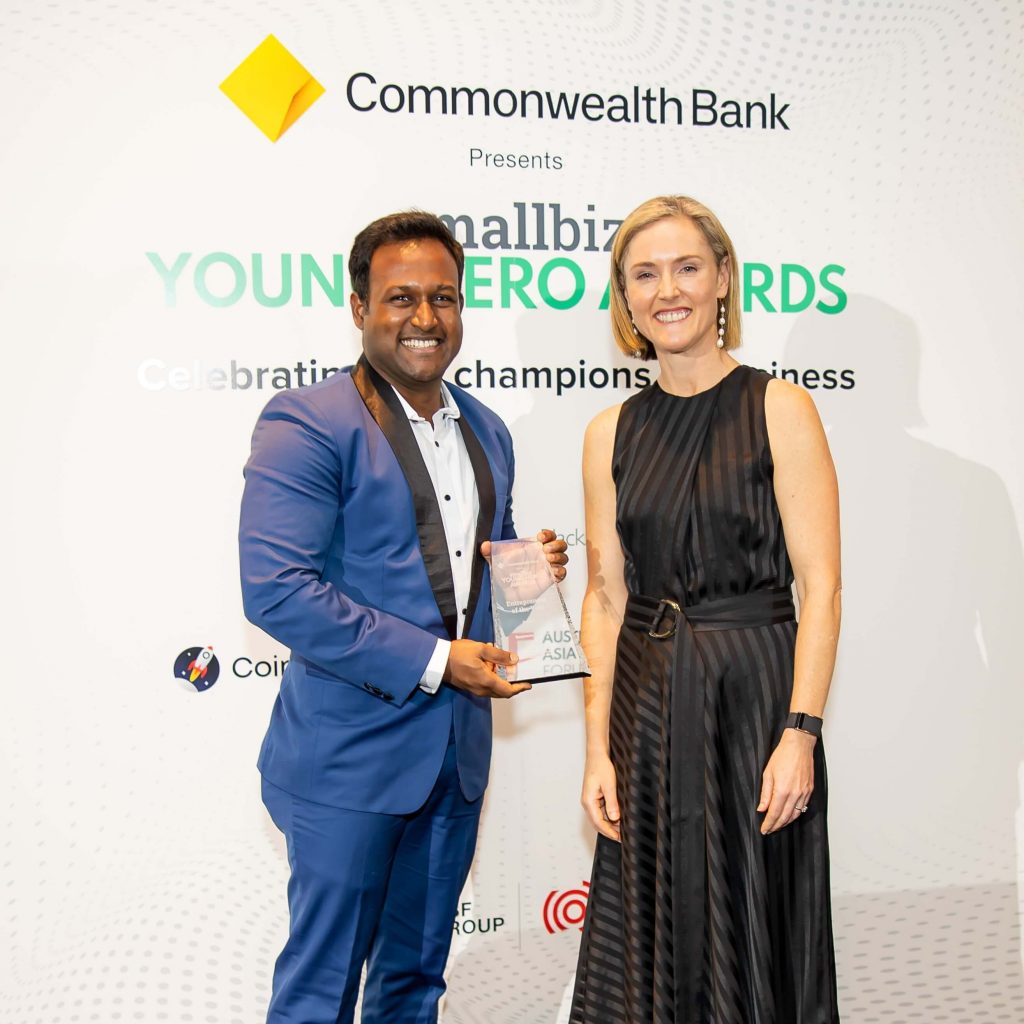 Smallbiz Week kicked off in Melbourne last week at the Young Hero Awards dinner, with Benjemen Elengovan taking out the Entrepreneur of the Year award.

Elengovan is the founder of MyGigsters, a financial services platform for gig workers that aims to make the gig economy financially secure.

Upon accepting the award, Elengovan said that seven years ago, he himself was one of the waitstaff at events like Young Hero Awards, serving food and drinks to the guests.

He was fortunate, he said, to migrate to Australia and have the mentors and resources available to eventually start his own business.

You’ll also receive messages on behalf of our partners. You can opt-out at any time.

But there’s more that can be done with the visa process to make it easier for other migrants, too, he said, and more education is required in schools to encourage young individuals in the nation to take on a career in entrepreneurship.

“We can be the next Silicon Valley!” Elengovan said. 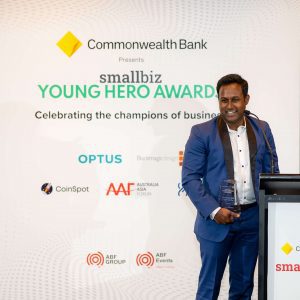 Other winners of the evening included:

Recognising and celebrating the achievements of business leaders and entrepreneurs 35 years old and younger, the dinner featured a high-profile judging panel from major Australian companies including Blackmagic Design founder and CEO Grant Petty.

Naming sponsor Commonwealth Bank is presenting the Smallbiz Week, which is a three-day function consisting of 10 separate events.

On May 18-19, Smallbiz Week will open Australia’s largest small business expo at Marvel Stadium, with more than 100 exhibitors and 3000 delegates expected to attend.

Entrepreneur of the Year:

Startup of the Year:

Bec Connolly, founder and director of Botanicals by Luxe

Innovator of the Year: