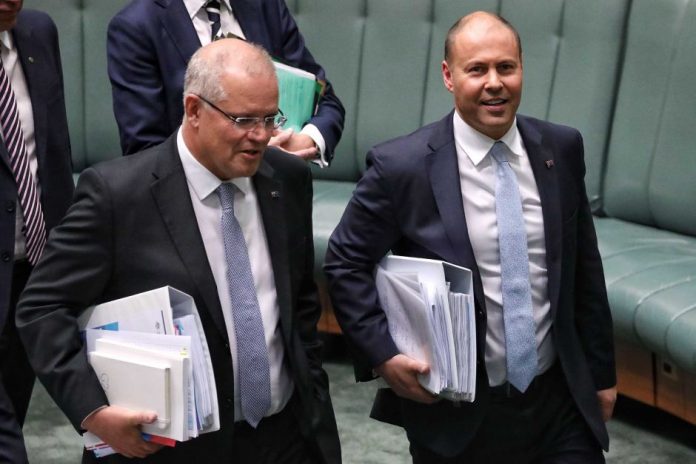 The 2020 Federal Budget promises to be one of the most important in Australian history. For many small and medium businesses it may provide an opportunity to reset or ride out the crisis. So what do we know so far?

There’s a lot riding on this year’s Federal Budget. As COVID-19 continues to exert downward pressure on the economy, most of the nation is looking to the government to pull us through the worst of it.

For small and medium-sized businesses, the stakes are particularly high. If they are to survive and even thrive in the current crisis, the 2020 budget needs to be as much for their customers as for them.

True, a number of stimulus measures have already been put in place, including JobKeeper and JobSeeker, but these are now being wound down. In any case, still more stimulation and support are required to rebuild the economy and people’s confidence – and, above all, tackle the health risks of COVID-19 to enable borders to reopen as soon as possible.

From what we know so far, the government intends to spend big – very big – on consumers, but also on businesses.  Bringing forward tax cuts is one measure that has garnered significant interest to date, but there are a raft of other announced initiatives that may also help stimulate the economy. So, with just a few more days until Budget night, October 6, let’s look at some of the highlights that will help you understand where your business will stand.

A chance to invest in new ideas

The government has made it clear the budget will include multiple business investment incentives. These could include further tax breaks around accelerated depreciation and instant asset write-offs, as well as wage subsidies, according to the Australian Financial Review.

This could give SMEs more room to move when it comes to pivoting their operations. In fact, finance brokers are expecting a $140 billion boost to commercial lending this year, the AFR reports.

The government has indicated it’s keen to reduce the regulatory burden for business in this budget. To this end, Treasurer Josh Frydenberg is proposing to simplify access to credit for consumers and small businesses, the aim being to encourage the flow of credit through the economy.

One proposed change is that lenders will be able to rely on the information provided by borrowers, effectively replacing the current practice of ‘lender beware’ with a ‘borrower responsibility’ principle.

For SMEs, this and other proposals are intended to reduce the time, effort and cost it takes to access credit.

Hiring is about to become cheaper

JobKeeper has been a key support initiative of the government’s COVID-19 response. The big worry for many SMEs is that it disappears sooner rather than later. However, it seems there are plans to help ease the transition.

The AFR reports that JobKeeper will eventually be replaced by JobStacker – a scheme where employers receive a subsidy if they hire someone who is unemployed. The idea is that the government will pay a marginal payroll rebate on the state-based tax for any new workers hired by a business. That could help Australia’s unemployed as well as the many SMEs looking to reset their business.

A chance to restructure your own debt

The government aims to address the issue of rising insolvencies by allowing struggling SMEs to take charge of their own debts – rather than being placed under administration. According to the Treasurer, the new debt restructure process will apply to incorporated businesses with liabilities of less than $1 million and will allow operators to keep control of their business throughout the process. The government has noted that the reforms will cover about “76 per cent of businesses subject to insolvencies today, 98 per cent of whom who have less than 20 employees”.

COVID-19 has made digital adoption a high priority for many businesses, including SMEs. Consequently, the government has announced it will invest $800 million in digital technology to further support business, the AFR reports. While much of the money will be earmarked for the previously promised super business registry – an initiative that will help businesses manage their business registry data in the one place – about $120 million will be spent on more than a dozen new projects to help business adapt to digital technology – including a $19.2 million expansion of an advisory program that assists small business in going digital. “The plan supports Australia’s economic recovery by removing outdated regulatory barriers, boosting the capability of small businesses, and backs the uptake of technology across the economy,” Prime Minister Scott Morrison said in a statement.

The government has indicated that infrastructure will be a high priority in the budget, the aim being to stimulate the economy by upping jobs and productivity. The AFR estimates that new funding could be as high as $10 billion – on top of the $100 billion already allocated to existing projects.

According to the Sydney Morning Herald, the emphasis will be on using local building supplies. The hope is that this will put more money into the pockets of Australian businesses, including its SMEs.

The ABC reports that the government is keen to lure global businesses to Australia – including those in financial services and health. While increased international competition might be a daunting prospect for some businesses, there is an upside. The government is also looking to attract talented individuals, “top scientists, entrepreneurs, investors or tech gurus”, according to acting immigration minister Alan Tudge. That could be a plus for many businesses, including those in such sectors as health and agriculture that could benefit from cutting-edge practices.

Victorian farms counting on Jobseekers to get through harvest

No permits needed: VIC venues can now use outdoor spaces, nearby parks and public land for COVID-safe dinning

This year’s budget deficit is holding up better than expected

The importance of business branding for small businesses