Ten updates on the Australian economy 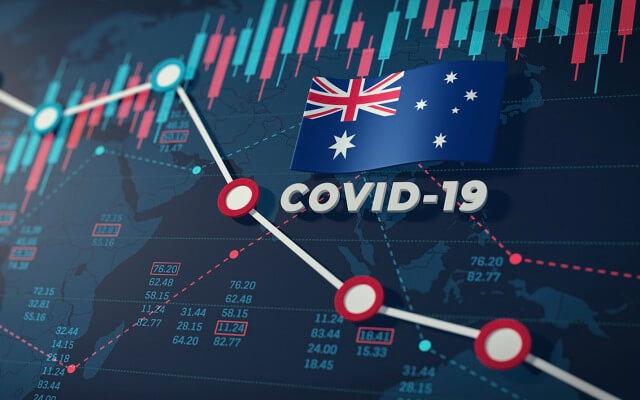 1. Australia is still on track to be the world’s 12th largest economy

Lockdowns drove the Australian economy into a record contraction. Australia’s early success in controlling the virus, however, is underpinning an economic recovery that is stronger than many other countries.

The Australian economy is still on track to become the world’s 12th largest economy in 2021, up two places from 2019, according to the International Monetary Fund’s April 2021 Update. Australia’s economy is now larger than Brazil’s and close to equalling Russia. This is a remarkable achievement just over 12 months after the start of the COVID-19 pandemic.

By April 2021, Australia combined a low fatality rate with a low impact on GDP, relative to most other countries. Australia’s GDP was 2.4% lower in 2020 than in 2019. This decline was far smaller than the average rate of –4.7% across advanced economies.

Australia’s public sector debt is also in a good state. In its April 2021 ‘Fiscal Monitor’ report, the IMF estimated the Australian Government’s net debt would be 54% of GDP in 2022. This is well below the 94% average forecast for advanced economies.

4. Australia’s proximity to Asia to benefit its trade

Australia’s economy benefits from the country’s strong trade ties with Asia. Most of our major export partners are in the Asian region. We have 11 bilateral and multilateral free trade agreements with markets in Asia and Oceania. With Asia’s share of global GDP projected to reach almost 45% in 2026, Australia is in a good position to reap the benefits.

Australia’s tourism industry has continued to recover following the unprecedented shock presented by COVID-19. At its lowest point in April 2020, domestic overnight trip spend fell by over 90%. Despite this, the industry has shown remarkable resilience.

Australian tourism is underpinned by strong domestic demand. In 2019, more than 77% of total tourism spend came from the domestic market. With international borders remaining closed, domestic tourists have played a pivotal role in tourism recovery.

In April 2021, spend on domestic overnight trips reached A$8.2 billion, a 7% increase compared to April 2019. While this is a positive result, the fluctuating nature of the pandemic will continue to impact tourism performance.

Australia’s economy is underpinned by its sophisticated and significant financial sector. In 2020, we had the world’s seventh largest pool of managed funds and ninth largest stock market. Our foreign exchange and debt markets are both ranked 10th in the world.

As a percentage of GDP, Australia’s total value of all financial assets rose to A$10.2 trillion (almost US$8 trillion) in the December 2020 quarter. This equates to more than five times the value of our GDP.

Foreign investment in Australia was depressed by drought, bushfires and lockdowns in 2020, but still grew by 2.5%.

The latest Australian Bureau of Statistics figures show total stock of foreign direct investment (FDI) in Australia has risen, on average, by about 8.0% per year since 2000, reaching A$1 trillion around 2020. Other forms of investment – including portfolio investment – grew by 8.4% per year, taking total foreign investment to A$4 trillion.

9. Australia attracts FDI from around the world

An important recent trend is the solid rise in capital inflows from Asia, albeit from a low base. Since 2010, investment from ASEAN economies have been grown by an average of 9% per annum to almost A$60 billion in 2020. This group was the fourth largest source of FDI in Australia. Over the same period, FDI from Korea grew by 15% per year; China by 13%; Canada by 12%; and Hong Kong SAR by 10%.