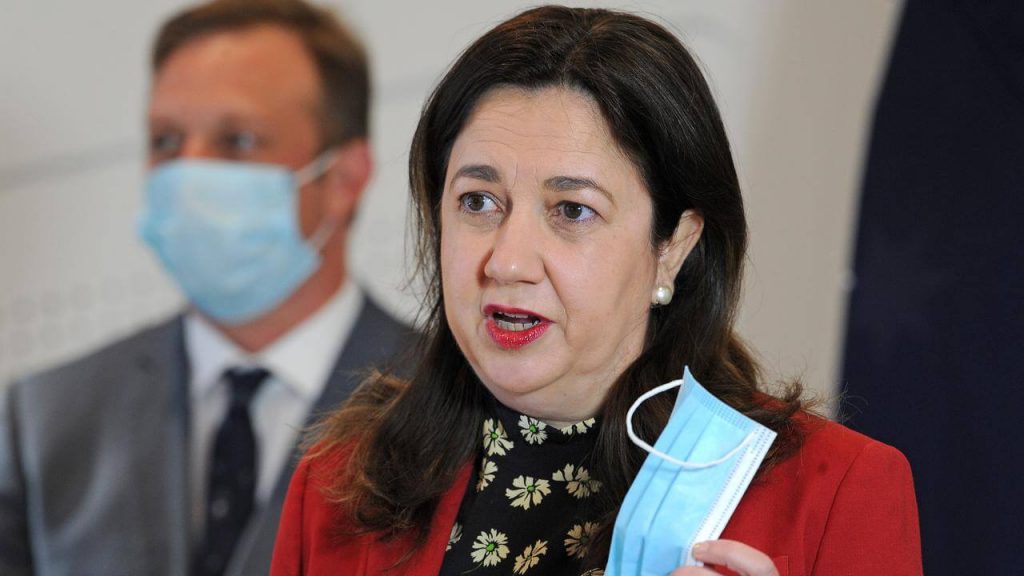 Queensland businesses desperate for certainty as to when they will be able to get back to business are still in the dark after Premier Annastacia Palaszczuk was today in parliamentary question time unable to commit to a vaccination target which would allow the state’s economy to re-open.

Chamber of Commerce and Industry Queensland (CCIQ) Policy and Advocacy General Manager Amanda Rohan said after 18 months of uncertainty and ambiguity as to what it would take for the state to be able to get back to business, Premier Annastacia Palaszczuk was still unable to provide clarity.

“We know vaccinating the population is a significant step to securing the state’s safety against COVID, opening borders and allowing business to resume. It’s essential for there to be clearly defined targets as to when and how that can happen so businesses can plan their next steps accordingly,” Ms Rohan said.

“We heard today the Premier move the vaccination goal posts again so not only is it now unclear if borders would re-open at the magic 80% vaccination rate, but we also don’t know who is included in those eligible to be vaccinated.

“Today’s question time saw the state’s businesses economy’s recovery from COVID take a step backwards with even more uncertainty and the goal posts moved yet again.”

Ms Rohan said every time there were changes to the COVID-19 economic recovery plan, like in question time this afternoon, business and consumer confidence took another hit.

“We know businesses are financially and emotionally exhausted and they don’t have a lot left in their tool kit to remain open, trading, viable or optimistic when the state’s entire business economy is increasingly unclear,” Ms Rohan said.

“This kind of uncertainty creates further angst, distress and concern among business owners and their staff, close to 50% of which told us they had suffered mental health challenges as a result of COVID-19 stressors.

“Small and medium sized enterprises along with the wider businesses economy in Queensland can’t afford to continue making decisions for the future based on such littler certainty and it’s why many businesses have already closed.”

Ms Rohan said it was essential for states and territories to agree to a COVID-19 economic recovery plan at national cabinet level to secure the future for many businesses on the brink of closure.

“How are they supposed to be able to make sound decisions not only in their best interest but to support the Queensland economy, if they don’t know what’s around the corner.

“Businesses need to know today what it will take for the state to re-open so they can plan for tomorrow.”