Keanu Reeves Rarely Talks About Money — but When He Does, It’s Life-Changing 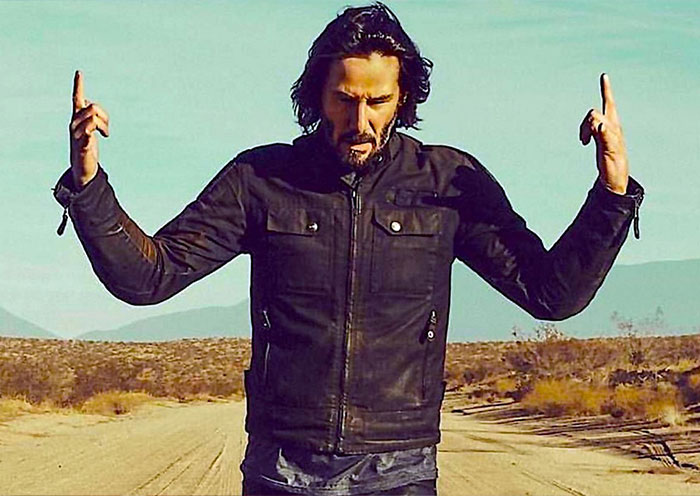 Choosing one of these goals as your focus will produce more money than you could ever expect.

Keanu Reeves rarely talks about money. I scoured the internet trolling through many interviews and videos of him trying to find a comment from him about money.

Why? He has famously given away much of his money to an unnamed Leukemia Foundation and the cast and crew of movies he has appeared in without keeping a lot for himself to buy nice stuff or flaunt his success.

Finally, after hours of searching, an interview with Keanu back in 2006 shared his views on money:

“Money doesn’t mean anything to me. I’ve made a lot of money, but I want to enjoy life and not stress myself building my bank account.

I give lots away and live simply, mostly out of a suitcase in hotels. We all know that good health is more important.”

“Building your bank account,” as Keanu puts it, is stressful.

You constantly have to haggle to make money, work at it, maximize every opportunity, be greedy at times, and make your objective be to make a dollar.

All of that is stressful. The more stuff you own, the more time and attention it requires. Having everything is having peace of mind and that comes from having less. When you don’t have stuff to worry about, you can use your talent to help others the way Keanu has throughout his acting career.

When your financial wealth thrives, another area of your life suffers

This is the nature of life. When you’re doing well in one area of your life, like your finances, another area is suffering. In Lorraine Kelly’s 2008 interview with Keanu, he says “My private life is a boring disaster, but work is good.”

Even one of the most successful actors on the planet has an area of his life that is a disaster. We all do.

A guy I met off LinkedIn who is a lawyer explained to me one lunchtime that he makes millions of dollars from his career and is unhappy. His wife is annoyed with him and his kids never see him. This is another classic example of how money can be a distraction from the things that matter.

An obsession with money has its downsides. Learn how to cap the downsides of money through Keanu.

Money is a by-product

Jimmy Kimmel: “Your movies have made three and a half billion dollars…”

I have said many times in various blog posts and in a book I’m writing right now on mastering blogging that your job is to be useful and that is done by teaching, entertaining, inspiring, informing, or simply making people laugh.

Choosing one of these goals as your focus will produce more money than you could ever expect. Focusing on money as your primary driver has the opposite effect.

One of the modern-day curses is decision fatigue. There are so many decisions you can make and each one drains your energy. Money multiples the number of decisions you need to make.

The solution is to automate your decisions and you can be inspired by how Keanu has done this.

He doesn’t do social media.

He doesn’t own lots of houses.

He consciously chooses to ride the subway.

He chooses to have an adventure when his flight makes an emergency landing rather than order a limo and leave the economy passengers on their own.

Simplicity is massively underrated when it comes to money. If you have money or acquire money unexpectedly, use it to live simply like Keanu.

Rather than focus on money, live generously

This is exactly what Keanu teaches us through his actions, not what he says. You live generously not just by using any money you make for good, but by being generous with your time.

If you watch every interaction with Keanu and his fans on Youtube or Instagram, you’ll see that he’s generous with his time. The greatest gift he can give them is his time and attention. You have the same opportunity to live generously.

My research on money comes from being both financially rich and poor multiple times in my life. In the end, money isn’t really that important to me anymore and doing more research on Keanu’s financial behaviours and views on money reinforced that idea.

You can make $20M from Bitcoin, as a friend of mine did, and lose the entire lot through one unfortunate decision. What you can’t lose or have taken away from you — as Nelson Mandela learned when he was locked in jail — is who you are and the person you’ve become.

Live generously whether you have money or not and aim to teach, entertain, inspire, inform, or make people laugh.

That’s how you live the good life that money can’t buy and help people in the process who add joy, fulfillment, and a level of meaning to your life that will make you feel ten times better than money ever will.

1 thought on “Keanu Reeves Rarely Talks About Money — but When He Does, It’s Life-Changing”