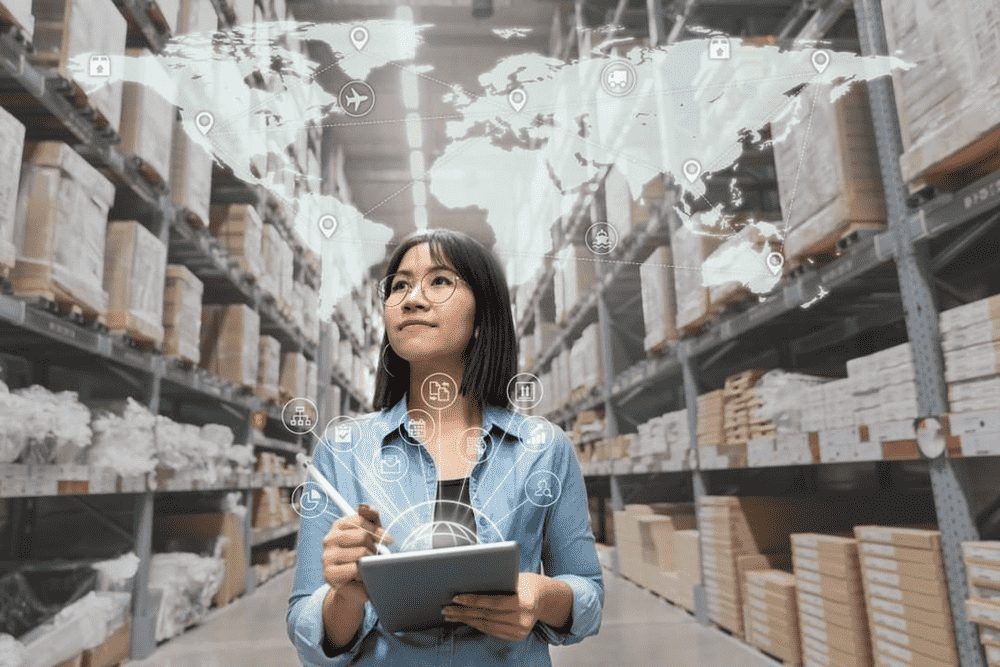 The issue of modern slavery – especially in the global food chain – is a personal one for Ms Gordon and she has created a company that can genuinely do something about it.

Ms Gordon knows about the issue first-hand. She was forced to work from the age of five in Somalia, and could not get a proper education. She was later separated from her family by civil war, and found her way to Australia, where she earned $5 an hour washing dishes while she learned English and eventually earned her degree. After graduating, Ms Gordon worked her way up the corporate ladder, gaining exceptional experience at IBM and Qantas.

Lumachain’s solution has the potential to make food production, manufacturing, and delivery safer, more efficient, and transparent. Blockchain technology is being used to track and trace the origin, location, and condition of individual items in the food supply chain in real time. Ms Gordon said this technology can reduce waste, improve product recalls and optimise audits. This can also increase consumer confidence, helping businesses ensure products are ethically produced.

The Australian software as a service (SaaS) company has attracted the attention of the CSIRO and Microsoft, and has raised $3.5 million from investors to expand its efforts.

The funding round was led by Main Sequence Ventures, manager of CSIRO’s $240 million Innovation Fund.

With food waste estimated to be a $1.5 trillion problem by 2050 and recent studies showing that up to a quarter of consumers actively distrust the food industry to do the right thing, Ms Gordon said Lumachain was positioned to usher in a new era of trust and transparency within the food sector.

Its solutions are particularly timely following the introduction of the new Modern Slavery Act in Australia. This law requires companies earning $100 million in revenue a year or more to publicly report on the risks of modern slavery in their operations and supply chains.

Slavery might seem like an archaic issue but the International Labour Organisation believes that 21 million people worldwide are forced labourers, half of them in the Asia-Pacific region.

While many leading businesses have committed to ending the problem, for Lumachain, the issue of food security, ethics and transparency is paramount.

“Despite its significance and size, the fresh food industry is actually one of the least digitised,” Ms Gordon said. “The way goods move within the supply chain is still very basic, which means there’s still a lot of waste, inefficiency and risk.

“With growing demand for better quality food products and ethical and transparent business processes, plus a rising middle class across Asia, we see tremendous opportunity to improve the productivity, security and safety of what we eat.”

Lumachain will use the new funds to diversify product development, boost its execution team in Australia, ramp up its rollout to existing customers and aggressively expand into key markets including the US.

Investors in the company have said it was Lumachain’s strong team and value proposition, combined with the large addressable market, that made it a ‘must have’.

“Absolute trust, verification and efficiency are all critical requirements for our global food supply chains if we are going to scale to feed 10 billion people by 2050,” said Mike Zimmerman, partner at Main Sequence Ventures.

“Having looked across the industry, we believe Lumachain are best positioned to deliver the world’s leading solution to track an individual item from farm-to-fork – cost-effectively and at scale.”

Lumachain is working closely with Microsoft, having been a part of the company’s first scale-up program cohort. It has also established a research partnership with CSIRO to develop a track-and-trace solution for abattoirs, co-funded through the Federal Government’s Kick Start grant program.

Microsoft Australia managing director, Steven Worrall, said, “The work that Jamila and the team at Lumachain are engaged in is critically important. The global reach, scale and capability of Microsoft Azure, which Lumachain has selected as the foundation for its service, means that consumers all over the world will secure far more clarity about the provenance of the products that they buy and the integrity of the organisations they buy from.

“When it comes to assuring the integrity of global supply chains Microsoft has taken a very strong stance globally on the issue of stamping out slavery and human trafficking – and we applaud the work that Lumachain is engaged in to develop tools that will inject more transparency into often complex supply chains. We are proud to play such a strategically important role, working alongside an Australian business that seems set for immense global impact.”

CEO Peter Andrews said they were excited to be partnering with Lumachain as the platform provides transparency throughout the supply chain, both in domestic and international markets.

“We’ve started with Lumachain in our domestic operations and are now working towards including our Wagyu program, currently exporting to 20 countries. Having this level of visibility throughout the supply chain will be very important for our suppliers of livestock, distributors and end users.”

The global supply chain software market is worth US$12 billion and growing 14 percent a year. In the next 12 months, Ms Gordon said Lumachain aimed to become the leading solution for the food supply chain industry across Australia, Asia Pacific, and the US.