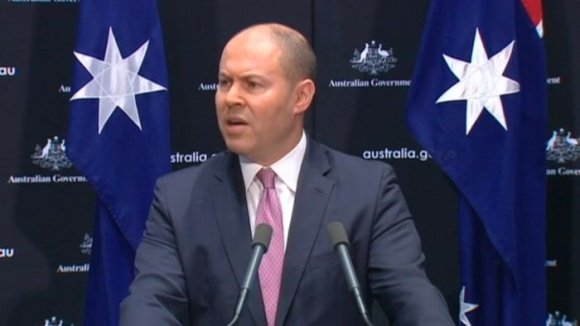 Yesterday Treasurer Josh Frydenberg announced that Australia has officially entered a recession for the first time in three decades.

Yesterday’s National Accounts confirm the devastating blow to the Australian economy from COVID-19. Our record run of 28 consecutive years of economic growth has officially come to an end. The cause; a once in a century global pandemic. The effect; a COVID-19 induced recession.

Real GDP fell in the June quarter by 7 per cent. The largest quarterly fall on record.

Behind these numbers are heartbreaking stories of hardship being felt by everyday Australians as they go about their daily lives.

Be it the tourism operator in Cairns, the tradie in Melbourne, the café worker in Adelaide or the domestic flight attendant in Sydney, they are all affected by COVID-19.

Today we are reporting these devastating numbers. Australians are living them.

The June quarter result was driven by the largest fall in household consumption on record, with business and dwelling investment also falling. These falls were partly offset by a contribution from net exports and moderated by unprecedented government support.

Household consumption fell in 10 out of 17 consumption categories, with the largest falls seen in consumption of services. Social distancing and travel bans saw large falls in spending on Transport Services and Hotels, Cafes and Restaurants.

New business investment fell by 3.5 per cent in the quarter, driven largely by falls in machinery and equipment investment.

Investment in new machinery and equipment fell by 6.8 per cent to be 13.4 per cent lower through the year.