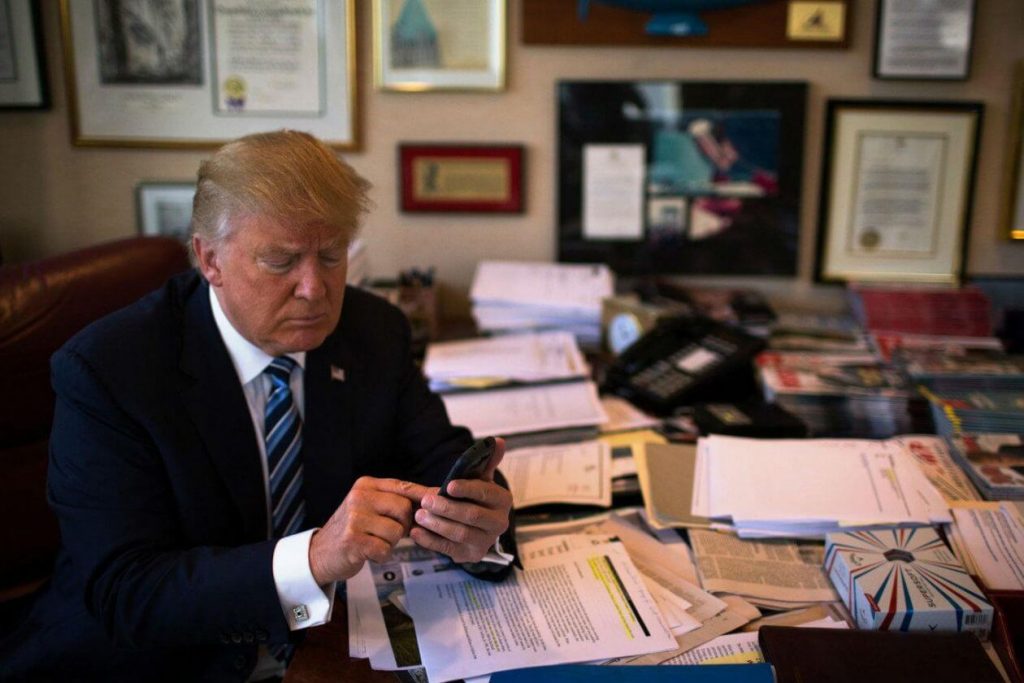 As chaos continues to descend through America, President Donald Trump has started his own war, this time with social media giants. Anisimoff Legal principal and advertising and media legal expert Heidi Bruce joins B&T to discuss the developing situation and explains what Trump’s war with Twitter means for the future of digital platforms?

Over the weekend we have seen the escalating situation in the United States with protests against the killing of George Floyd by a police officer in Minneapolis. These events have also triggered a further escalation of the war between US President Trump and Twitter, with potentially far-reaching consequences for the internet.

This is the same President that largely relied on Twitter’s reach and utility to generate much of his following. How did this all escalate so quickly and where is it all going to lead, for digital platforms in the US and in Australia?

The US President posted a Tweet last Thursday night Washington time, warning protestors that he would “send in the National Guard & get the job done right…. Any difficulty and we will assume control but, when the looting starts, the shooting starts.” 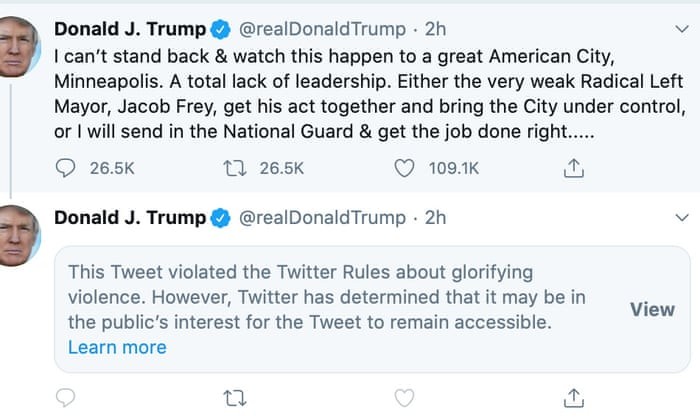 Two hours later Twitter stepped in and hid the Tweet under a notice that it violated Twitter Rules about glorifying violence.  While the tweet is still accessible, the full message is obscured and readers can only read it once they tap on the notice.  It is also restricted from being shared or commented on. Given all of the outlandish material, half-truths, inflammatory comments and other posts of questionable nature that Trump has posted since well before he was inaugurated, this new development is a major step for the platform to have to take.

When the Trump administration issued a second Tweet showing the same original message in quotation marks, Twitter hid the Tweet again, again for glorifying violence. Trump responded with a series of angry Tweets accusing Twitter of “doing nothing about all of the lies & propaganda being put out by China or the Radical Left Democrat Party”, and warning that “it will be regulated!” – meaning Twitter.

Bruce told B&T: “Incredibly, Trump is using a situation where Twitter has ‘censored’ a few of his tweets, by threatening regulation of all the social media giants.”

This war between Trump and Twitter blew up last Wednesday when Twitter applied a fact-checking label to the President’s tweets for the first time.  Trump had posted a two-tweet tirade on Twitter, claiming that mail-in ballots will lead to “substantially fraudulent” behaviour by voters and that this would result in a “Rigged Election”.

Twitter stepped in to add a notice to each of the Tweets directing readers to “Get the facts!”. This ‘fact check’ notice marks the tweet as making unsubstantiated claims and includes links to credible sources on the issue, in other words, accusing Trump of spreading lies.

Trump responded in spectacular fashion by issuing an executive order, called the “Executive Order on Online Censorship”. The executive order is designed to strip back the legal protections currently enjoyed by social media companies. This immunity is given by section 230 of the Communications Decency Act 1996 which has been described as the “bedrock of the internet”.

Section 230 gives broad immunity to Google, Facebook, Twitter and other internet intermediaries, for the content shown via their platforms. This gives digital platforms a ‘safe harbour’, for example, if something defamatory is shared by a user on Twitter, Twitter will be shielded from liability for defamation. Trump’s new executive order provides that if an online provider does not act in good faith and stifles a viewpoint different to their own, that they should lose the shield and be liable as a traditional publisher or editor. The order also asks the FCC to review this safe harbour provision and calls for the creation of new regulations.

Bruce added: “Up until now digital platforms like Google have enjoyed broad immunity in the US and elsewhere for unlawful material posted on their platforms. This has given these social media platforms space to grow and experiment and they have more than thrived in this ‘free zone’. Now with the war between Twitter and Trump escalating, it is shaking the foundation of these freedoms.

“Does Twitter have the right to flag breaches of its policies, even by public figures? Yes it does, and it must be feeling a strong sense of responsibility to act on this. But the standoff must be causing concern now for leaders of these platforms, as this will no doubt accelerate the regulation of the global tech giants.

“We do not have the equivalent of s230 in Australia. While we do have legal protections for internet intermediaries here in Australia, Google and other digital platforms have much stronger protection in the US. If s230 is watered down though, it will change the conduct of the tech giants who will feel less safe and be more likely to remove risky content in other countries.

“There is a momentum building. The courts in Australia have shown recently that they are willing to hold companies like Google accountable for content. Pressure has been mounting in Australia for greater regulation of digital platforms.”

The ACCC Digital Platforms Inquiry was an example of Australia leading the way in exploring the need for regulation of these companies, which is more reflective of the power and influence they hold. In Australia the digital platforms like Twitter, Facebook and Google are still lightly regulated, in comparison to the more heavily regulated traditional media companies like free to air TV companies and news publishers.

This Inquiry has now closed and its recommendations have been considered by the Federal Government. Several outcomes of the Inquiry include the development of mandatory codes governing the conduct of digital platforms, (underway now and due for release shortly). The Federal Government has outlined a detailed roadmap laid out for changes to the laws, aiming ultimately for technologically neutral laws, meaning that Google and others would be subject to the same laws as other traditional news outlets.

Bruce said: “However the timeline laid out for this roadmap in Australia towards overhaul of our media laws is a long slow burning one. Now with Trump issuing this executive order, things may take on new momentum.”

Trump’s executive order has been questioned over its legitimacy and has even been labelled “legally illiterate”. It is questionable whether it is enforceable, as new laws would need to be made by Congress. It is also unclear whether the FCC has the authority to make calls about whether social media companies play fair.

However, it could well be the wrecking ball that crashes through the safe harbour currently enjoyed by the tech giants. If this safe harbour is watered down, then Twitter and others will be legally responsible for the content available on its platforms and will be more obligated to step in and remove unlawful content. This will accelerate the debate around the regulation of digital platforms.

How free do we want the internet to be? How much freedom should Google, Twitter and Facebook enjoy? Should Google and Twitter be able to keep the status quo, which is to take an innocent bystander approach to the content on their platforms? Should they be held liable as a publisher, as with any other publisher of news? What about when they step in and exercise editorial control over the content, and start to curtail content that glorifies violence or spreads fake claims? Twitter is exercising that right now and is not backing down.

With politicians such as Trump using Twitter more heavily than ever to wield influence on political issues, the content on these platforms can be used to influence the outcome of elections and shape history. Of course, Trump didn’t seem to mind Twitter’s platform and the way it operated when it suited him and helped him get elected. However, the platforms are involved in the dissemination of news content for commercial benefit. Some of these platforms are now becoming more involved in the curation and control of this content.

Bruce added: “The idea that internet intermediaries are innocent bystanders, free from responsibility for the content passing through, is changing rapidly. These legal freedoms were given in a time when these tech companies were getting established, and over this time their dominance and influence has grown. Now with the use of these platforms to distribute news and political content, sell advertising space and shape public opinion, you could now say the regulation of these issues is due for an overhaul.”

Others say that Trump’s tantrum and his executive order threatens to curb freedom of speech and wreck the internet. One thing is clear, this controversy is accelerating momentum towards stronger laws for digital platforms.