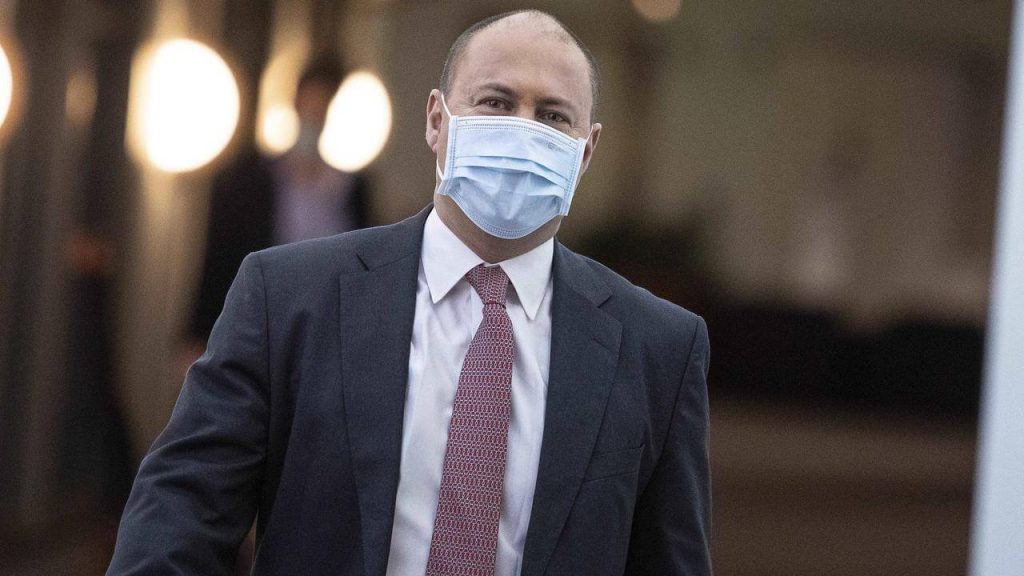 “The JobKeeper payment at around $1,500 as a flat payment continues out to the end of September, which is beyond the extended period of lockdown announced by Daniel Andrews yesterday,” said Frydenberg.

Of the 975,000 Victorian workers currently on JobKeeper the Treasury, expected about three-quarters of those would continue to be on JobKeeper after September. But after the PM’s announcement yesterday, Frydenberg thinks that number will even be higher.

Frydenberg says the Treasury is looking to expand which business can receive Jobkeeper payments by granting more flexibility into the scheme in Victoria.

“In terms of the eligibility for JobKeeper, we are now looking at that in the context of the Victorian situation because you may have had Victorian businesses, that were not eligible for JobKeeper in the June period because, for example, they had strong retail sales in May or June, but they are, obviously, in the September period seeing a lot of hardship,” said Frydenberg.

The Federal Government had unemployment tracking to hit 9.25 per cent by Christmas prior to Victoria’s covid-19 outbreak. But now Frydenberg says “the economic situation is very fluid and the events in Victoria make that very clear.”

“The reality is it’s a country at two different stages. Outside of Victoria businesses are opening up, people are getting back to work.”

There were 210,000 new jobs created in June with 60 per cent of whom were women and 50 per cent were young people. the figures were double what the market was expecting.

“But Victoria is a quarter of the national economy. This is a real kick in the guts to Victorian businesses which, as you say, will have an impact on employment. So we’ll update those numbers come the Budget on October 6, but clearly the situation is moving very fast,” said Frydenberg.