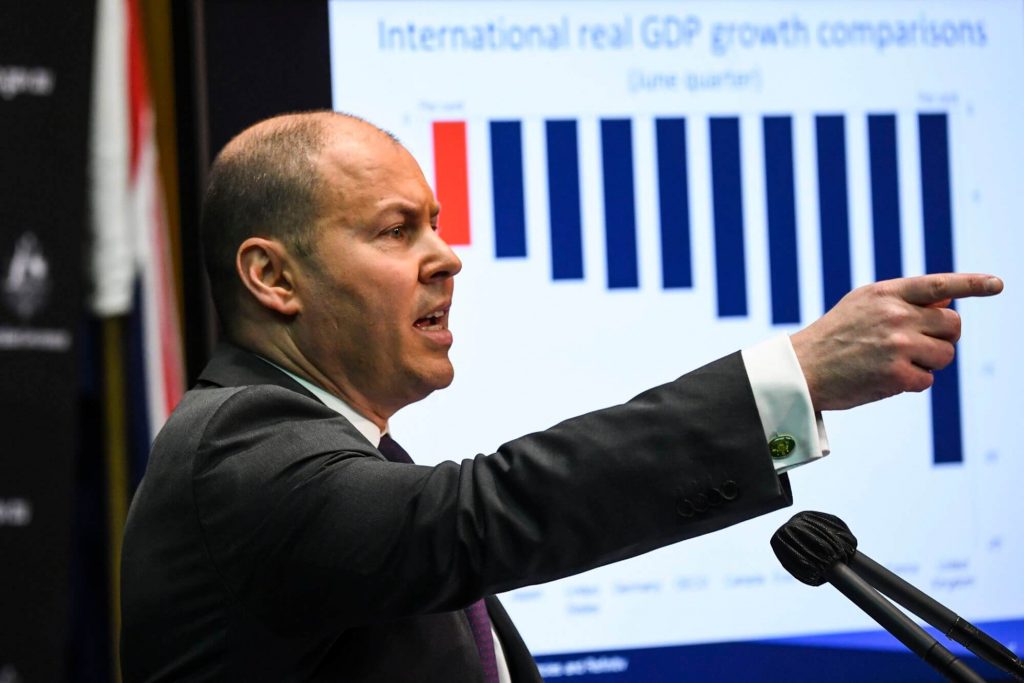 Small business in Surrey Hills, Zimt Patisserie, we’ve been here for 10 years now and we’ve been benefiting from the JobKeeper allowance as well from the Government. it hasn’t been easy to say the least. But we have stuck it through and we’ve had a wonderful support from our local community, particularly from our customers. They have remained loyal to us. And our staff as well.

And then we will be able to see some positive trends toward a normal life again, hopefully. Yes, that’s something I’m very optimistic about and feel like we’re always heading in the right direction as well.

There are some two million fewer Australian workers on JobKeeper in that month of October compared to the month prior. And Zimt had eight staff who were on JobKeeper who are no longer on JobKeeper as the customers are coming back.

That’s what the Deloitte Report said today, that the Australian economy is outperforming expectations. Another example of key economic commentators affirming and confirming the trajectory of Australia’s economic recovery.

What we have seen in the November quarter was a 23 per cent increase in job vacancies. What we saw in the month of November were loan commitments for owner occupiers for the construction of new dwellings up by 7.2 per cent.

And what we saw in the month of November were retail sales numbers up by 7.1 per cent. All these numbers point in one direction, that jobs are coming back, and that the economy is picking up as restrictions are eased and as we are getting to the other side of this once-in-a-century pandemic.

This biggest economic shock that the Australian economy has had in a hundred years, effectively since the Great Depression.

We also know from economic data that came out recently that more than $7 billion has flowed through to the pockets of Australian families from our tax cuts in the last six months, and that some $200 billion has now accumulated on household balance sheets and business balance sheets.

Money that was not there this time last year, as people due to the restrictions, couldn’t go out and spend as much as they’d previously could, and also as people were cautious through the pandemic’s peak, where it meant they were saving more. But also the huge amount of economic support that has made its way from the Morrison Government to the pockets of Australian families and businesses.

And what Deloitte has said today is that you wouldn’t want to be in any other country in the world but Australia because we are as well positioned as any other nation for the economic recovery, and our success both on the health front and on the economic front has helped get us to this place and, as Michael said, he’s had very loyal customers, but also had terrifically hard-working and loyal staff.

And it is those staff that we have been supporting through the JobKeeper program as well as entrepreneurs, small businesses like Michael’s, which is a family-owned business and he himself is a baker of 35 years’ experience.