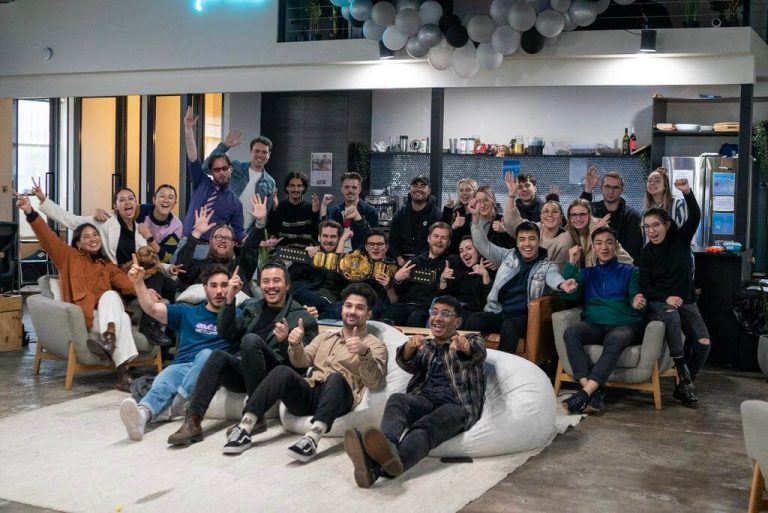 Melbourne-based SEO Agency StudioHawk has been awarded the grand prize in an international digital marketing championship, competing against well-known and large-scale global agencies.

Announced in July, Studiohawk has been crowned the ‘Best Large SEO Agency’ in the global competition. The Melbourne based startup that has exceeded the odds is celebrating its latest win from the prestigious Global Search Awards.

StudioHawk’s CEO and founder Harry Sanders started the company when he was just seventeen years old and after personal struggles with homelessness.

In the world of SEO, this award is akin to the ‘Best Picture’ Emmy for SEO Agency nominations. The young team based in their Prahan office is blown away by the recognition.

When the company was first founded, the business aimed to be the best in the world at doing one thing: SEO. Now six years later they are reaping the rewards of hard work on an international stage.

“We are honoured and delighted to receive the ‘Best Large SEO Agency’ award from the Global Search Awards. It’s humbling but very exciting for a relatively young company to achieve so much,” says Harry Sanders.

This is a huge step for StudioHawk on its journey as they continue to expand and grow. StudioHawk says this award is the first in many exciting activities they have planned for their company and clients this coming year. They will also be launching guided learning in their Hawk Academy training modules.

“Stay tuned as we ride the momentum of this wave to new and exciting shores of potential,” says Harry Sanders.

The Global Search Awards included 7 head judges and the 45 other judges; including the head of digital at Samsung, deputy GM at Nissan Motors, CMO of HubSpot and Global Search Marketing at Lego. The Global Search Awards describes its awards as recognizing and rewarding the impact PPC, SEO and Content Marketing has around the world. The awards celebrate search agencies that are transforming businesses through innovative engaging campaigns that stand out from the crowd; innovative and cutting-edge software and people who have triumphed across diverse digital landscapes.