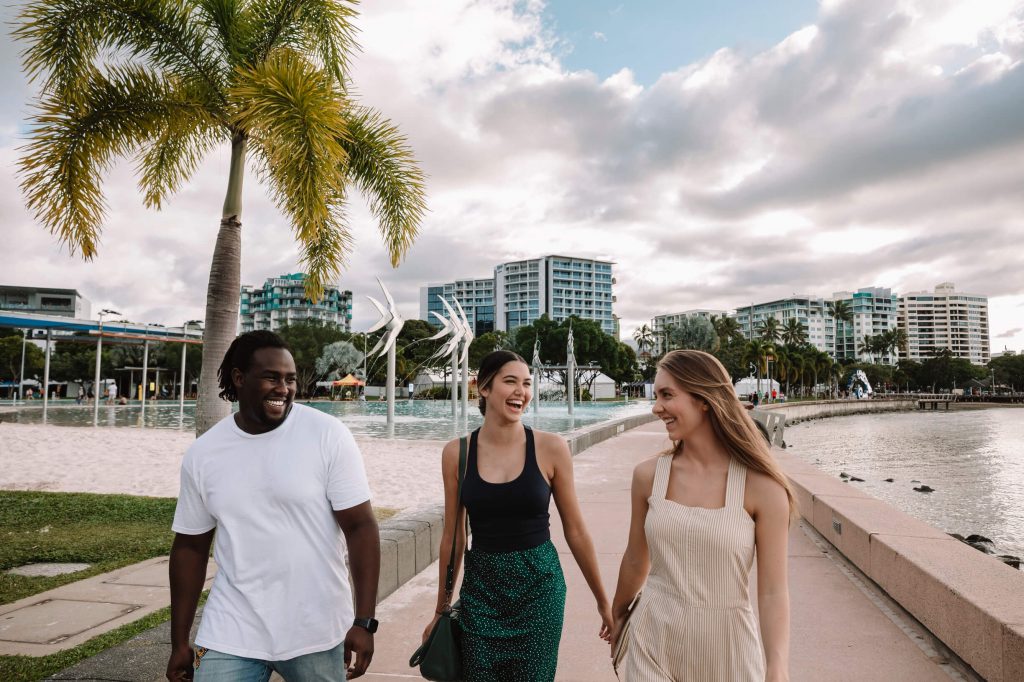 Far North Queensland businesses are the most optimistic in Queensland in the future performance of the state and national economies, despite lower than average sales, revenue and general business conditions.

Latest results from Chamber of Commerce and Industry Queensland (CCIQ) December Quarter Pulse Report, sponsored by Mitsubishi Motors, show businesses in the state’s far north are significantly less pessimistic in the performance of the Queensland and national economies in 2022 despite generally worse-to similar business performance indicators to the state average.

Cairns Chamber of Commerce Chief Executive Officer Patricia O’Neill said a combined impact of COVID in the workplace, labour market shortages and supply chain disruptions meant many businesses were not able to realise the full impact of return interstate tourism and local consumer spending in December.

“The December state border re-opening didn’t deliver the value to the far north many businesses were hoping for,” Ms O’Neill said.

“It meant consumer as well as business confidence, was dealt a significant blow in the December quarter.

“It’s expected far north businesses are banking on the next 12 months and returned consumer confidence in 2022 to recoup some of those losses more than anywhere else in Queensland.”

Ms O’Neill said Cairns businesses reported less of an increase in labour and operating costs than the state overall in the December quarter.

“It meant the region’s businesses also reported less of a decrease in profitability than the state average despite similar constraints on business growth,” Ms O’Neill said.

“Businesses were calling on the State Government consistently throughout 2021 to provide clear reopening and economic recovery planning as uncertainty would ultimately end up costing Queensland businesses,” Ms Rohan said.

“We called for access to Rapid Antigen Testing to be freely and widely available for business, a joint state and federal directly-targeted support package for businesses most impacted and clarity on what the state’s 90% vaccination milestone meant for business rules and mandates.

“Businesses told us without those commitments, they would struggle to re-open, stay open and be viable long-term.

“Now we’re seeing the impact with the majority of Queensland businesses increasingly concerned about their business viability.”