From self-funded business to millions in revenue 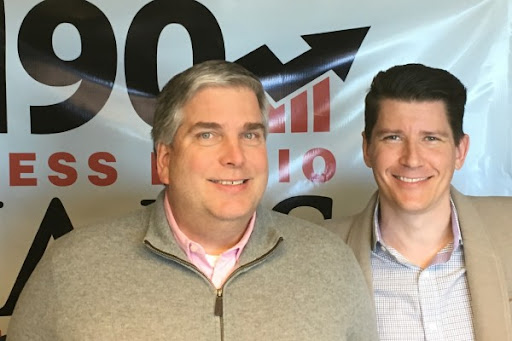 Jeff Laue founded, ran, and scaled his self-funded business to the point where he was, in his own words, “chasing 200 million in revenue.” Not many startups can say that.

“It was a labor of love,” Jeff explained. “It comes down to the vision. We always had a common vision. What do we do? We help clients accelerate their sales cycle and gain business. That was the common vision we communicated up and down our ranks.”

Having a simple, accessible vision is so key. Think Microsoft at its founding—a computer on every desk and in every home, or LinkedIn—create economic opportunity for every member of the global workforce. These are simple and easy to understand visions. That doesn’t make them easy to attain—but visions should be aspirational.

This sounds deceptively simple. As a former CEO, I know it’s not. Jeff mentioned the culture and leadership aspects of the right people mindset: “I had a tendency in the early days to want to grow people—to let them hang out and grow up [in the company]. And a lot of people benefited from us letting them grow for a long time.” But then, Jeff realized at a certain point in N3’s journey that they needed to take their game a level up in terms of technology. “We made a transformational hire and was able to take our vision and our operating processes and use them to drive the business on top of a new technology platform. He just integrated it all. That was five years ago . . . we had to make the commitment to it and part of that commitment was getting the right individual in the company and getting our bureaucracy out of that individual’s way.”

Jeff said when his company had to scale and build out delivery, it also had to overhaul its processes—some of which had been with the team since the company’s inception. Doing something the same way you did when you started the company because that’s the way it’s always been done is not good reasoning. “You’ve got to be willing to throw that out and innovate,” Jeff said.

Use technology as an enabler

Technology enables so many areas of our business. One of Jeff’s burning questions as a CEO was, “While we’re trying to create this 100% growth year after year, are we efficient?” Technology can answer that question, enabling the next best actions and informing your strategy. Using data insights and analytics, every CEO should be able to measure all areas of their business.

Jeff stressed that you can’t just hire smart people—you need IQ and EQ. “You have to be a day or two ahead of the client. That means you need to hire people who are smarter, people that want to move faster—and people who have the right emotional quotient.”

We’d argue that IQ and EQ are more important than ever because you have more of a variety of clients today than ever before, with more products, in more markets. People who can think on their feet, work well with technology, and create client experiences that really work. Building these experiences for our clients requires people who have both a high IQ and EQ.