COVID-19: this is how Asia-Pacific is emerging from lockdown 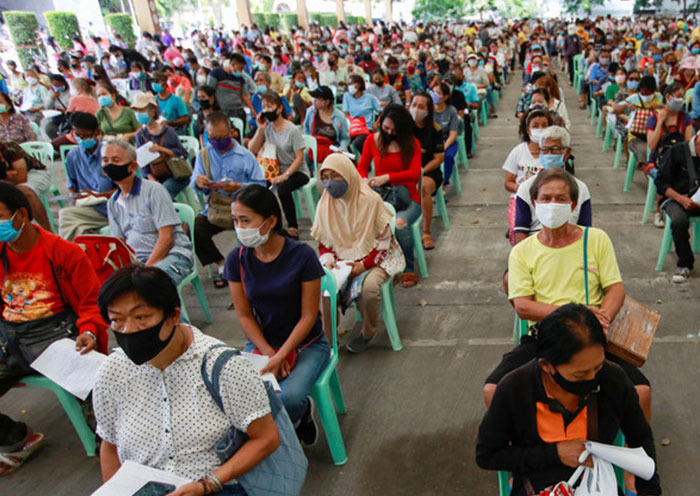 • Asia-Pacific are beginning to introduce easing of lockdowns due to COVID-19.

• Phased reopenings are being implemented in many places.

Countries all over the world are announcing their plans to emerge from COVID-19-inflicted lockdown, and the Asia-Pacific region is no different.

Even countries like Thailand and Viet Nam, that have not suffered a heavy infection rate or death toll, must now reckon with the economic damage caused by the pandemic, and are eager to cautiously reopen their schools and get people back to work.

Here is a roundup of measures announced from countries and economies in the Asia-Pacific area:

South Korea, one of the countries earliest-hit by the coronavirus, announced on Wednesday an easing of social-distance regulations implemented two and a half months ago. The country, which did not enforce home confinement, will now ask citizens to adhere to four new basic regulations, including self-isolation for three or four days if they fall ill.

Schools in the country will reopen on 13 May, with senior pupils preparing for university entrance exams to return first and younger pupils from 20 May. Museums, libraries and nightclubs will also progressively reopen.

The country has now gone three days without a case of locally transmitted infection – and with 10,800 confirmed cases and 255 deaths overall, has been praised for its strategy to control the outbreak. But the fight against COVID-19 is not over, warned Jeong Eun-kyeong, Director-General of the Korea Centre for Infectious Disease Control and Prevention. “South Korea can return to the intensive social distancing system at any time if the situation worsens,” he said.

Hong Kong SAR’s Chief Executive Carrie Lam announced a partial easing of lockdown conditions on Tuesday. Beginning on 8 May, cinemas, bars, gyms and mahjong parlours, among other things, will be allowed to reopen, and secondary school classes are set to resume on 27 May. The limit on public gatherings will double to eight people.

The Hong Kong region has so far seen only 1,040 confirmed cases of COVID-19 and four deaths. But its economy was already under severe strain following months of disruption from pro-democracy protests: its GDP shrank by 8.9% in the first quarter against 2019, the largest reduction since records began.

Singapore – one of the hardest-hit Asia-Pacific countries with 18,000 confirmed cases – has initiated a de-escalation of its lockdown, beginning with a reopening of traditional Chinese medicine outlets this Wednesday, with further phases to come on 12 and 19 May.

12 May will see food-retail outlets, barbers and hairdressers and laundry services reopen, to be joined by schools – subject to mask-wearing and other controls – on 19 May.

Around 85% of the country’s cases have occurred among migrant community workers living in dormitories, and wider community transmission remains low.

Thailand, with just under 3,000 confirmed cases and 54 deaths, gave the green light to restaurants, hair salons, golf course and open-air markets to resume activities on Monday. But alcohol sales will continue to be banned for a further month.

The government, currently seeing single-digit daily increases in cases, will continue to monitor the infection rate as part of a four-phase plan to easing its restrictions. “Slow and steady. We are moving on cautiously and healthily,” said Natapanu Nopakun, deputy spokesperson at the Ministry of Foreign Affairs.

Nearby Viet Nam was the first South-East Asian country to lift its lockdown, on 22 April. Its stringent quarantining policy has made it an exemplar on COVID-19 containment, with only 237 confirmed cases and no deaths.

But many businesses remain closed and the inevitable economic damage brought about by continuing curfew – extended until 31 May – means a fragile, tourism-dependent economy will be put to the test.

At the southern end of the Asia-Pacific region, the Australian government was due to meet with state leaders on 8 May to discuss creating health protocols for a “COVID-safe environment” that might allow widespread reopening of businesses by early July.

Both countries have been broadly successful in their containment efforts, with under 7,000 confirmed cases and 96 deaths in Australia and under 1,500 confirmed cases and 21 deaths in New Zealand. With both contemplating exit strategies, it is suggested the border between them may soon reopen, to create what has been referred to as a “trans-Tasman travel bubble”.