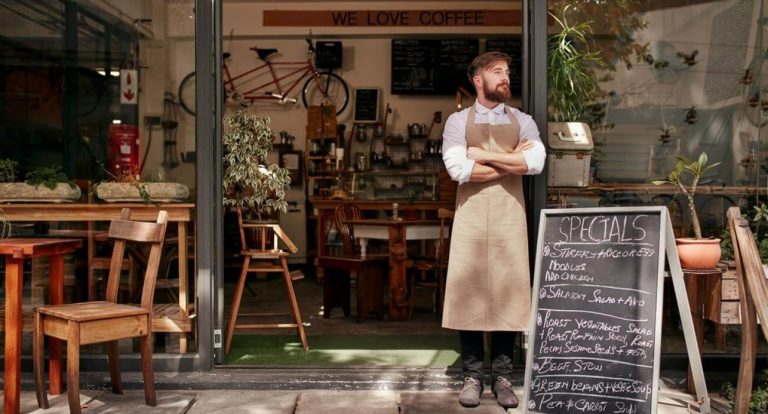 On Sunday, the Victorian Government announced a new raft of business support measures, including funds and waived fees aimed specifically at hospitality businesses.

The Andrews Government announced an additional $1.1 billion in cash grants to the business community, including a $251 million dedicated Licenced Venue Fund, in which venues could apply for grants between $10,000 and $30,000. Liquor licence fees will also be waived for 2021.

“For our state to recover, we need our businesses to recover too. As we take our first safe and steady steps towards COVID Normal, this support will help make sure we get through this together,” stated Premier Daniel Andrews.

AHA (Vic) has welcomed the new support grants, while still urging the government to reconsider the new structure it has set up to re-open venues.

“We particularly welcome the cash grants to hotels and pubs of up to $30,000 per venue and the waiving of next year’s liquor licence fees,” said David Canny, president of AHA (Vic).

“We have been closed since March, so this is a most welcomed assistance package. The government is recognising our plight, but we call on them to rethink their roadmap to recovery.”

Canny suggested that many venues are already at a critical stage of debt, and that even with assistance the steps to re-opening might still take too long before many pub businesses are no longer viable.

“Many of our pubs and hotels are facing financial ruin – a debt cliff – through the disproportionate effects of the government’s Stage 4 restrictions. Their debt burden is rising daily and for many this is becoming unsustainable.

“We need to be allowed to reopen. There needs to be trade-offs between lives affected and livelihoods lost. We have strong and proven plans for our industry to be COVID-Safe to operate and are ready to sit with government to allow us to implement them.”

Canny also urged the Andrews Government to allow regional and rural venues to re-open, as many are more than 100km away from an active COVID case.

Paul Waterson, CEO of Australian Venue Co (AVC), welcomed the new support grants aimed at licenced venues, and said they would be most beneficial to smaller venues to get them through the short-term period before re-opening can begin.

“Previously I’ve said the cost of keeping our venues closed is about $2000 per day – for smaller operators that would be less given that rent is a fair component of that. So the [grant] amount is quite substantial, it’s timely and it will help bridge this last couple of months for anyone who is on a knife’s edge; and I know talking to other operators that there are a lot of pubs that are on a knife’s edge. So hopefully for some people this will be the difference between being able to open again and not.”

With the first stages of re-opening revolving mainly around outdoor dining, Waterson believes that the grants can also be used for setting up the right infrastructure for an outdoors offering. For CBD-based venues, Waterson says the industry has been having very productive conversations with the City Of Melbourne to create an outdoor dining model similar to what has been created in New York recently.

“There’s quite substantial discussions with Melbourne City Council about how that would work, and they’ve been incredibly engaging so we’ve been quite grateful to them. They’ve been very helpful, to the extent of looking at where we might be able to close off roads and create spaces around CBD-based venues.”

Once a CBD model for outdoor dining has been finalised, Waterson hopes the industry can then engage with other LGAs about similar prospects.

“We’re going to have to do it in order to get capacity, because in the absence of indoor dining before 23 November, it’s really quite concerning for what is obviously the peak time of year.”

While the financial support has been welcomed, the industry is still crying out for a review of the new three-month roadmap to re-opening, with operators clamouring to re-open sooner.

“Health is the priority, we all agree on this. But the roadmap only leaves us with hope, which doesn’t give us enough motivation to keep going. It’s a delayed, unworkable roadmap based on zero averages after constantly changing goal posts from social distancing measures, numbers, formulas, maximum people per room vs space,” commented Leisa and Ryan Wheatland, owners of the Bush Hotel in Toorak.

There is also some concern that getting to the 14-day averages that would allow the industry to move from one step to another would take longer than the current timeline the Government has outlaid.

“It just seems a long way away from where we are to have less than five cases a week over a two-week period by the end of October in order to even open outdoors – considering that Sydney has been doing 8-10 [cases per day] and managing it quite well,” stated Waterson.

Besides the financial toll, the other concern is that staff at a venue level are leaving the industry in Melbourne in significant numbers, looking for work in sectors they believe to be more secure.

“We have staff leaving the industry in droves. It’s been six months, and in the current timelines, it could be nine months to a year. Who else could withstand that?” questioned Sand Hill Road director Andy Mullins.

At AVC, the company immediately lost 20 per cent of its workforce when the pandemic started, as most visa holders who were not eligible for JobKeeper left the country. But since then, staff in Melbourne have been moving to different sectors or cities.

“We’ve had five venue managers alone who have made the decision to move to Queensland, for example. So you’ve already got a flight from Melbourne to other locations and its hard to see how you’re going to attract people from outside Melbourne to the city’s hospitality sector, certainly in the short to medium-term,” stated Waterson.

Victoria’s hospitality operators continue to urge the Government to reconsider its re-opening plan and engage with the industry in more meaningful consultations.

By Vanessa Cavasinni – The Shout