The Federal Budget laid out a private sector-led recovery, but will it work? 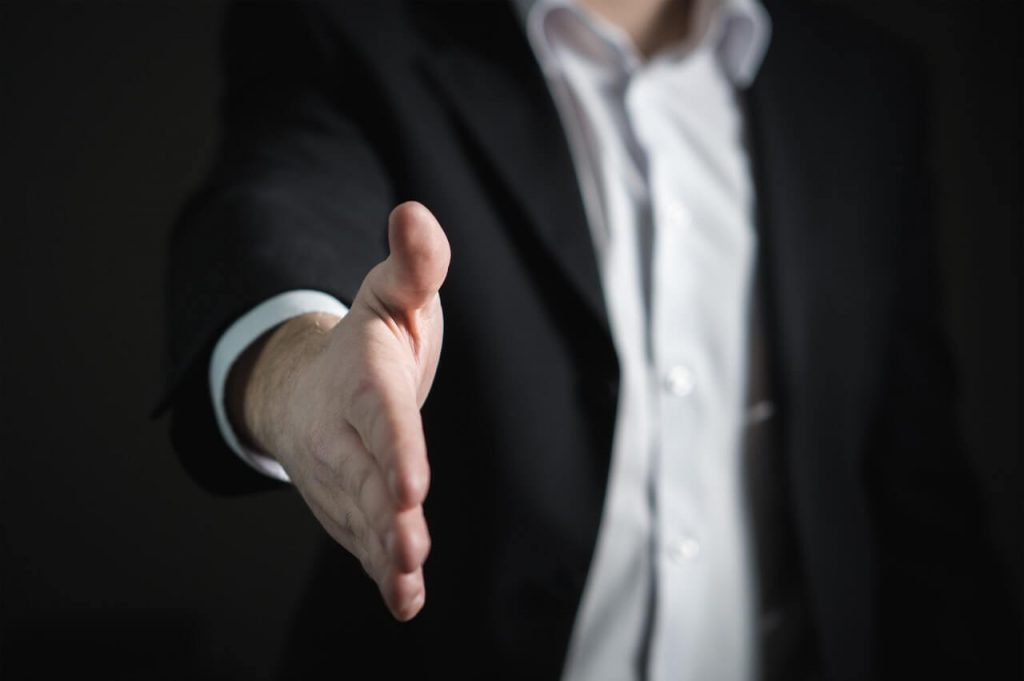 This is truly an extraordinary budget in terms of the numbers with a budget deficit of more than $325 billion over the next two financial years. But it’s not very inspiring. It shows a Government focused on fighting the day-to-day maelstrom that COVID has presented with big, but largely temporary, fiscal measures. It relies on consumers to spend not save, and businesses to drive the rebound by investing and hiring. That’s because there isn’t a lot in the way of direct spending, such as infrastructure.

The bulk of spending – with many policies already announced – is temporary, that is, will flow through in the economy over the next two financial years. Government spending totals $677 billion in FY21, or 35 per cent of GDP, but drops by $84 billion to about 27 per cent of GDP by FY24. That’s good for an immediate sweet-fix to combat the shock of the pandemic, but misses the opportunity to create long-term spending and reform initiatives that can shape an Australia of the future.

“The biggest gamble the Federal Government has made in containing this to being only a COVID-response budget is that it leaves questions about Australia’s long-term strategy unanswered.”– Jo Masters, EY Oceania Chief Economist

Those answers are what businesses are looking for to feel more confident about investing and hiring, the exact things the Government is hoping they’ll do now, as a result of this Budget. For that, there needs to be a more certain economic framework and supply-side reform that reduces friction in business.

While it is understandable that the Government is focused so closely on the immediate economic threat the health crisis poses and in boosting a recovery in aggregate demand, it would be disappointing if the baton of supply-side reform is not picked up in the next budget, due in May.

So, what’s the Government’s plan?

It has been clear for weeks that the focus of this year’s Federal Budget would be on creating jobs, driving the unemployment rate back to 6 per cent and lower. However, it’s no longer about supporting just any job but rather jobs that have a future. As such, there was no extension to the JobKeeper subsidy beyond March 2021, which will disappoint many. The hard-economic reality is that there has to be a pivot toward creating jobs that have a future and weaning the economy off expensive life support, although speed and timing are a tricky balance.

The focus on jobs was clear in that major policy initiatives included a modelled estimate of the jobs impact. Much of the job creation – which on the Government’s estimates sees the unemployment rate peaks at 8 per cent in the December quarter 2020 before falling to 5.5 per cent by June quarter 2024 – relies on a recovery in aggregate demand.

In terms of direct measures, the centre-piece focuses on creating jobs for young Australians. The JobMaker Hiring Credit provides businesses who hire from the pool of those receiving JobSeeker, the Youth Allowance or Parenting payment, $200 a week for those aged 16 to 29 and $100 a week for those aged 30-35. To qualify, employers must prove net additional employment – which is important with policies such as wage subsidies.

Alongside these policies there were several initiatives aimed at education and training and apprenticeships which will be important in plugging the skills gap, but arguably take time to feed through. These policies should be read in the context of proposed changes to the University sector, and easing of tax-deductibility of reskilling.

Disappointingly, while there was a clear focus on getting young Australians back into jobs, direct measures for females who have lost their job or left the workforce were absent. Moreover, the refreshed Women’s Economic Security Statement 2020 provides a disappointing $240.4 million in funding over five years.

Consumers are being asked to drive part of the economic recovery. A centre piece of this Budget has been tax cuts for individuals, which the government hopes will spur spending and put the economy on the path to recovery.

As expected, Stage 2 of the personal income tax cuts have been brought forward to FY21. Alongside this, the Low and Middle Income Tax offset (LIMTO) has been extended for one year. The Government knows that this kind of income boost for that demographic is more likely to be spent. It equates to a boost of $1,060 for those earning $40,000 in FY21 compared with $2,565 for those earning $200,000.

That assumes for every dollar given away in FY21, GDP will increase by 36 cents, and in FY22 the one-off LITMO will boost spending by 70 cents for every dollar. These assumptions seem reasonable, but it does also show how much goes into savings, rather than spending.

One way that spending is triggered, is direct cash payments, so it makes sense the Government has added two more $250 payments to eligible pensioners, veterans, low income families and concession card holders. While smaller amounts than previously, we know this works given the previous two $750 payments quickly flowed through to the economy.

However, the numbers show that in the June quarter, one in every five dollars of disposable income was saved. Given Australians are facing rising unemployment, elevated job insecurity, the ending of support including JobKeeper and JobSeeker, rent and mortgage holidays ending and weak wages growth, there is a question mark over Government assumptions that predict consumers will spend more, rather than less, with a prediction the savings rate will decline from its record highs.

These measures are important in addressing the household income cliff. The budget made no announcement about extending the higher JobSeeker payments beyond December which would have been welcome, particularly given unemployment is expected to peak at 8 per cent in December. Moreover, it would help with the retail recovery given the negative savings rate of those in the lowest income quintile.

From the onset of the crisis, there has been a focus on business investment and cash flow, particularly for small and medium sized businesses.  This focus reflects the fact these firms account for 40 per cent of employees and about 30 per cent of the nation’s wage bill, but have suffered proportionally more as a result of health measures.

Two new temporary tax initiatives are aimed at supporting cash flow and encouraging investment in FY21 and FY22, but only for businesses with a turnover of less than $5 billion. Temporary full expensing of depreciable assets with no limit on the value of the asset and the same treatment for improvement on eligible assets is available immediately. A temporary loss carry-back, which allows tax losses to be offset against previous profits and tax paid has also been mapped out.

These tax measures will help the economy in a cyclical sense by supporting cashflow when times are tough and bringing forward business investment. There was also a range of piecemeal initiatives around red tape, regulation, skills, digital, for example.

“The Budget tax measures need to be augmented with bolder tax policy settings that promote growth and attract investment to enable the tax base to recover and grow. Expansionary fiscal policy is expected to be a key feature of the COVID-19 recovery phase in many countries, and international competition for investment is expected to be fierce. In this regard, the Budget tax measures do little to increase Australia’s international competitiveness to attract pro-growth investment.” – Tony Merlo, EY Tax Policy and Controversy

Investment on R&D, which fell to levels not seen since 2006 in the June quarter, did not receive any fresh initiatives as such, although tax offsets worth about $2bn over the four years, which had been cancelled in last year’s budget, were reinstated in this one.

Even with these policies, the Government’s own forecasts have non-mining business investment falling by 14.5 per cent in FY21 before recovering, albeit slowly, increasing just 7.5 per cent the following year.

The Government also announced some additional support for residential construction, which is a large employer with additional funding for the First Home Loan Deposit Scheme and $1 billion to support additional bond issuance by the National Housing Finance and Investment Corporation which is expected to attract institutional investment into affordable housing.

One of the positive aspects in the budget is around the cost of debt. The RBA has kept interest rates very low, with net interest likely to hold at 0.7 per cent of GDP for two years before dropping further. Because of that, despite the big increase in Government debt (expected to hit nearly 44 per cent of GDP in FY24) the cost of servicing that is about a third of what was paid after the last recession and less than following the financial crisis. It serves to highlight that this is debt Australia can afford and money that has meaningfully helped the economy in the face of a crisis.

But, can it be done without direct spending?

This Budget has done little to boost direct spending. Of the nearly $90 billion in measures included since the July 2020 Economic and Fiscal update over FY21 and FY22, less than a quarter is direct spending.

Our recent report showed $40 billion of new investment, would lower the unemployment rate by around 0.6 percentage points. So, the states are going to have to step up to fill the gap and help drive down the unemployment rate. There is some uncertainty about how likely the states and territories are to fill this direct spending gap. Some state Premiers may see it as a time to shine, and be willing to spend up big, while others may be constrained by growing debt and concerns from ratings agencies.

Beyond infrastructure there were other increases in direct spending largely targeted at the health care system and aged care services. These improve the services delivered to individuals and come with the added benefit of boosting economic activity and jobs.

If it works, this budget will be a true example of a private sector driven recovery, rather than government intervention. But history tells us it’s going to be a challenge. After the GFC non-mining business investment took until 2015 to get back to pre GFC levels and the household savings rate never recovered to pre-GFC levels. Given these are the two sectors the government is relying on, the success of this budget really does depend on fickle and fragile household and business confidence.

This is truly an extraordinary budget, but it’s not very inspiring.

It shows a Government focused wholly on fighting the day-to-day maelstrom that COVID has presented with big, but temporary, spending. If it works, it will be a true example of a private sector driven recovery, rather than government intervention. But history tells us it’s going to be a challenge.