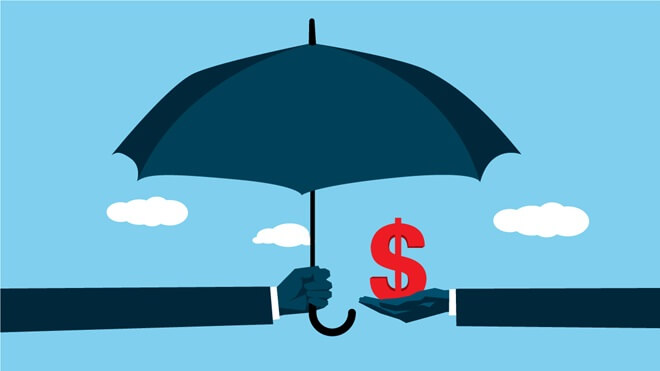 The news of a local business, a play centre, having to close because they couldn’t access appropriate insurance cover hit the media this week.

Unfortunately, the situation this small business found itself in has become increasingly common.

Hardening of the insurance market

Because of a number of factors affecting underwriters’ risk appetite globally, not least of which have been the COVID-19 pandemic, the appetite for risk among insurers has diminished. In addition, one of the major suppliers of liability insurance to the Australian small business market, Lloyd’s, has significantly reduced its capacity to provide coverage in Australia, limiting the insurance options available to many SMEs.

The outcome of this is that when some businesses, noticeably those in industries considered to have a higher risk such as some areas of recreation, leisure and construction, seek insurance or reinsurance, their broker is unable to find an insurer that is willing to provide coverage.

At the start of 2020, when we were just starting to feel the effects of the pandemic here in WA, we became aware that some adventure tourism operators in our state were struggling to obtain coverage because of the changing risk appetite. Without being able to get the correct cover, they were unable to operate. Firstly, because it would have exposed the business to too great a risk if there was an accident or unexpected event, and secondly, because having appropriate public liability insurance coverage is often a contractual or licencing requirement for many businesses.

We also started to hear from small businesses who had insurance in place for many years without making a claim, who were now being offered renewals at much higher costs (sometimes more than double) their previous rates. In speaking to my counterparts in other states, it became apparent that this issue was not confined to Western Australia but was being experienced across our nation.

What is government doing about this?

Although provision of insurance is a private sector activity (overseen in Australia by the Australian Prudential Regulation Authority), when the market goes through a hardening cycle, there are often calls for government intervention to help businesses access the insurance they need to keep operating. With the support of the Minister of Small Business, I brought the matter to the attention of the former Australian Small Business and Family Enterprise Ombudsman (ASBFEO), Kate Carnell. In response, Ms Carnell launched a national Insurance Inquiry to investigate the practices of the insurance industry that impact small businesses and consider whether small business insurance products are fit for purpose. The resulting Insurance Inquiry report, released in July 2020, made a suite of recommendations to help make small business insurance produces more accessible.

In response, the Insurance Council of Australia (ICA) – which represents the insurance industry – undertook an independent review and outlined potential solutions in John Trowbridge’s report The Role of the Private Insurance Market – Independent Strategic Review: Commercial Insurance final report, released in September 2021. The report made 13 recommendations to improve the availability and affordability of commercial insurance for SMEs in Australia, including creating a council to collaborate on solutions.

The Show Must Go On report

A central element of the report is to endorse a recommendation by the Australian Amusement, Leisure and Recreation Association (AALARA) to establish a Discretionary Mutual Fund (DMF) for small businesses in the industry. DMFs operate to provide cover on a discretionary basis to a group of individuals or organisations that have a similar risk profile. Members who meet a fund’s requirements would have access to a Certificate of Protection, enabling them to operate, so long as the certificate is accepted by approving or licencing bodies such as local government authorities.

Putting in place a system like a DMF would indeed offer protection to these businesses who would otherwise be unable to obtain coverage to operate. While it is not a simple fix and is unlikely to reduce coverage costs in the immediate future, it does offer a ray of hope for small businesses that have been shut out of the insurance market simply because of the perceived risk of their business model and not through any wrongdoing on their behalf.

The next steps in the process is for the report to be considered by relevant Federal Government Ministers. The ASBFEO has asked the Federal Government to support the formation of the DMF and to engage with state, territory and local governments to address the necessary legislative reforms needed to support this form of coverage.

While these solutions are progressing on a national scale, I want to let WA small businesses know that my team at the SBDC is here for you. While we may not be able to help every single business obtain coverage, in certain circumstances we may be able to assist with advice and key contacts. I will continue to advocate at the State and national levels on issues that impact upon the operating environment of small businesses, such as being able to access essential insurance cover.