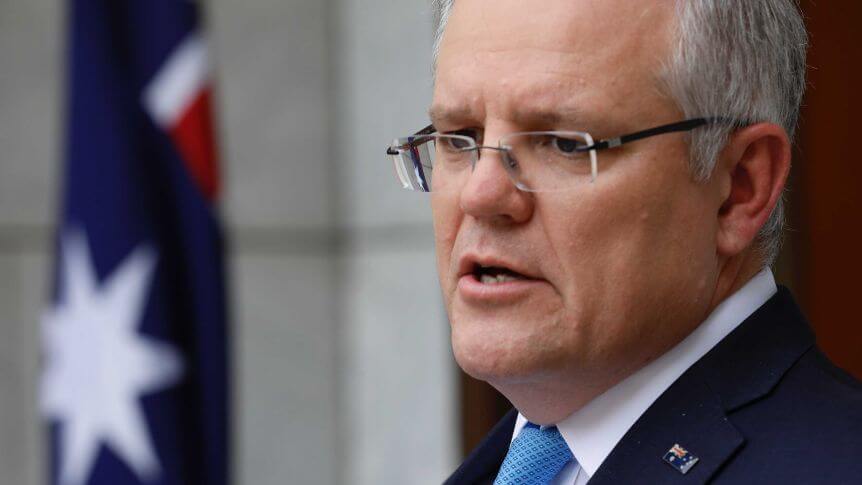 The Prime Minister unveiled a new government scheme today, appropriately coined JobMaker, in line with the original pre-covid Jobseeker welfare program and the lockdown’s Jobkeeper program. JobMaker is the government’s plan to restore the economy after the pandemic induced economic crisis.

The new scheme focuses on tax reform, deregulation and drastic changes to vocational training, all of which the Prime Minster attests will ease the burden on small businesses while rebooting the economy. If successful, it will be no small feat. The plan’s economic backdrop sets a sombre climate; by June the Treasury predicts the economy will shrink by 10 per cent, government debt to rise 30 per cent above the GDP and employment will hit 10 per cent.

The Morrison government’s latest reopening scheme calls for an overhaul of “clunky and unresponsive” vocational training programs led by states. Alongside a decrease in regulation, more efficient taxes and easier access to finance for businesses. In his address to the National Press Club, the Prime Minister forewarned of an economic whiplash from the COVID-19 lockdown.

Scott Morrison said “opening up will be harder than closing down,” adding, “we will have to all retrain, to live and work in a way that creates a sustainable COVID-19-safe economy and society.”

While the JobKeeper program focused on curbing unemployment and saving jobs amid the lockdown, the JobMaker program will look to expand the labour market. “The overwhelming priority of this reset will be to win the battle for jobs,” said Morrison.

“As we reset for growth, our JobMaker plan will be guided by the principles that we, as Liberals and Nationals, have always believed in: to secure Australia’s future and put people first in our economy.”

The Prime Minister announced that the first step of the program will begin immediately and be led by Attorney-General Christian Porter. He will bring together industry groups, employees, unions, and employers in a “new, time-bound, dedicated process” aimed at crafting a practical reform agenda for the country’s industrial relations systems.

The Prime Minister is leaving it up to states to reshape their own TAFE and industrial relations systems with adjusted federal funding worth $1.5 billion at their disposal.

“The Commonwealth has no line of sight on how states use this funding,” Mr Morrison said.

“Where targets do exist, they are aspirational. If not met, there are no consequences.”

However, Morrison did single out that funding will be used to fill skill gaps in the current system which are either out-of-date or otherwise ineffective, hoping that giving greater power to industry groups will positively rework training schemes.

“The current National Agreement for Skills and Workforce Development is also fundamentally flawed and needs to change,” Morrison said.

Lists of apprenticeships and skills migration will be replaced under the new plan by detailed labour market analysis conducted by the National Skills Commission noted Morrison.

Some small to medium businesses are still waiting for their growth projections within the recovery plan, of which the Prime Minister says informational will be made available to them in the coming months.