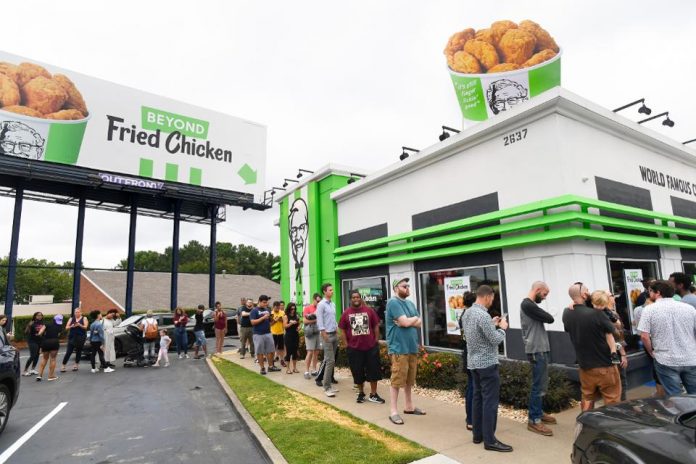 Offering plant-based foods is just one element of an overarching strategy to appeal to today’s youngest consumers. Generation-Z, or those people born from about 1995-2007, are expected to be big consumers of specialty foods and are especially attuned to the impact of industrial farming and “big food” in general on the food supply. Sixty-five percent of Gen-Z find plant-based foods appealing and 75 percent say they are cutting down on meat consumption.

Gen-Z’s championing of veganism is a phenomenon that knows no regional bounds or borders. Findings in the United States point to 79 percent of Gen-Z’s being “eager to go meatless” a few times a week, with 60 percent happily reporting they’re ready to base their diets on more “plant-forward foods.” America hardly stands alone. A study by the UK’s BOL Foods finds veganism is skyrocketing in popularity among the European Gen-Z’s, with a quarter of 18-24 year olds reporting that they’ve become vegan over the last year, and 35 percent stating that they’re actively seeking out a “vegan partner” for dating.

But Gen-Z will disrupt other industries as well and the effects of their influence are starting to be felt. San Francisco airport in California just outlawed one use plastic bottles so plastic water bottles are finally going to go away over the next few years. But its not clear if the metal or glass replacements are any better for planet. While Gen-Z’s behavior and beliefs are on the rise so is their spending power. While estimates vary, according to “Looking Ahead to Gen-Z: Demographic Patterns and Spending Trends,” a report from Packaged Facts, a leading market research company, Gen-Z’s buying power may exceed $3 trillion. Their spending ability exceeds the gross domestic product of all but about 25 of the world’s countries. Food accounts for up to one-fourth of Gen-Z spending. Why?

Members of Gen-Z were born into foodie culture. They are keenly aware of how food impacts health and wellness, but their purchasing patterns reflect stark contrasts. They have the highest consumption rates of organic and non-GMO food and beverages, demanding authenticity, freshness and purity. They in part reflect some defining characteristics of their Gen-X and millennial parents, who took issues with animal welfare, fair trade, sustainability, ethics and the environment, and focused them on food and agriculture. Though pizza and hamburgers remain among their top choices, their preference for plant-based foods nearly doubles as Gen-Z move from junior high school to high school. Conversely, they are huge snackers, often incorporating snacks into breakfast, lunch or dinner and building entire meals based on combinations of snack foods.

To make a long story short, it’s the business opportunity of a lifetime for food companies, restaurants, grocery chains and online food-delivery platforms. Gen-Z’s craving for plant based is reshaping the food industry for ever. By 2025, meat alternatives like seitan and tofu will translate into a $7.5 billion global market, to name just one example. Plant based clothing, cosmetics, pet food, shoes, and more are not just coming, they are here.

Startups that make the conscious decision to cater to Gen-Z’s healthful instincts and beliefs will grow rapidly and become the brands of tomorrow.

Over a third of SMBs would be closed today without Jobkeeper

Over $500 billion to unlock infrastructure jobs in Victoria