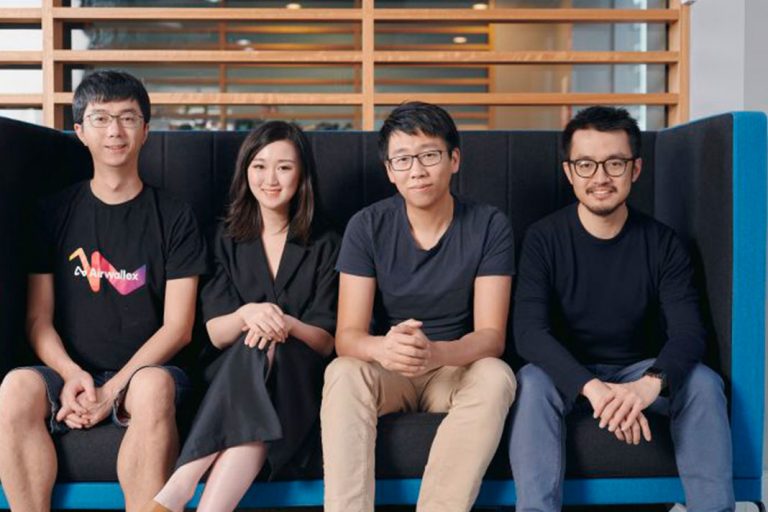 When Jack Zhang and Max Li were looking for a side-hustle to supplement their day jobs, they did like good Melbournites and opened a coffee shop.

It seemed like an easy choice for two Chinese natives keen to assimilate into one of the coffee capitals of the world.

Easy it was not. However, it did brew an idea which would go on to become the fastest-growing $1 billion start-up in Australia’s history.

Zhang and Li are co-founders of Airwallex, an international payments platform which in three short years has achieved the much-coveted unicorn status.

The idea for the low-cost, cross-border fintech company — think Transferwise for businesses — hit the pair after seeing the exorbitant fees charged by traditional banks when they wanted to import coffee cups from overseas.

So, they teamed up with college friends Lucy Liu, Xijing Dai and Ki-Lok Wong to come up with a solution.

“They were importing a lot from China and they found the whole process to be very painful,” Liu told CNBC Make It in Hong Kong.

“We thought there must be something we could do,” continued Liu, who, until that point in 2015, had been working in Melbourne as an investment banker.

We didn’t have a lot of time to think about what ifs.
Lucy Liu
CO-FOUNDER, AIRWALLEX

So, within months, the young friends quit their jobs and set to work combining their various expertise in software engineering, finance and architecture to build a “system for the companies of the future.”

“We just had to take a leap of faith,” said Liu, now 28 and also originally from China.

“We didn’t have a lot of time to think about what ifs,” she added, noting the competitiveness of the payments market at that time.

The system the group launched in 2016 allows users to set up overseas bank accounts for paying customers based in other countries. When users are ready to move that revenue back to their HQ, they can transfer it through the Airwallex system, which uses mid-market rates.

That can reduce costs for users by as much as 90% based on traditional foreign exchange rates, according to the company, resulting in fees of less than 1%.

Having invested a combined $1 million of their own savings and those of friends and families to get the project off the ground, Airwallex quickly attracted a slew of investments from high profile backers including Sequoia Capital, Tencent and Horizons Ventures.

The company’s latest $100 million funding round, which was led in March by DST Global, an early investor in Airbnb and Spotify, valued the company above $1 billion — a feat never before achieved so quickly in Australia.

That round closed in less than two months and took the five founders’ estimated wealth to more than $100 million each.

That will prove especially important in the U.S. and the U.K., where Airwallex hopes to use it expertise in the fast-moving Asia Pacific market to compete against other similar payments platforms such as San Francisco-born Stripe.