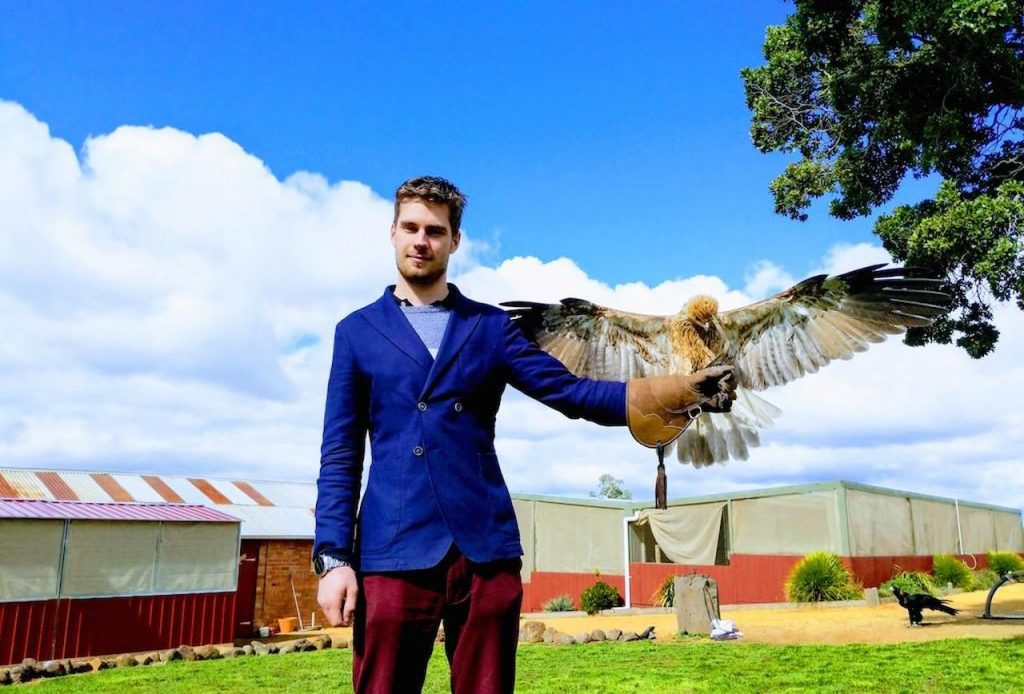 Before he was featured by Forbes or opened his second office in London, Harry Sanders was recognised for his incredible achievements in business at our Young Hero Awards. In 2019 we honoured the then 21-year-old Founder and Director of StudioHawk with our Rising Star Award, which acknowledges one inspiring industry leader across Australia.

Of the awards, Harry says “It’s been a great way to gain traction and get known in the business community, and it’s opened up some great relationships.”

Harry’s journey is more than just inspiring: it’s awesome. An SEO wunderkind, Harry went from great early success to becoming homeless in his late teens, only to bounce back and found a multi-million dollar company by his 22nd birthday.

Harry’s entrepreneurial journey began at age 13 when he became motivated to learn SEO in an effort to help his father, a small business owner who was suffering significant financial stress.

“My dad owned his own boat licensing business. Trying to grow it, he signed up to an SEO agency. They locked him into a 12 month contract, promising to ‘triple the amount of people coming through’, but delivered nothing. I took it upon myself to learn the skills to deliver what he’d been promised,” says Harry.

He spent months learning, testing, and developing his skills. It was slow progress, but eventually he secured the industry-leading search term that multiple agencies had been competing for. “My dad went from booking one class a week to filling up his schedule, allowing him to turn his hobby into a profitable business,” says Harry.

Based on that success, Harry was offered a part-time job at an SEO agency at the age of 14. He continued to attend high school but struggled to find a balance between study and work, which impacted his formal education.

After two years with the agency, Harry had been promoted to a management position and was leading a team of professionals, all of whom were many years his senior. At 17, driven by his entrepreneurial spirit and the self-confessed naivete of youth, he left the agency to start his own business. The future looked bright.

At the time, Harry was living at home with his mother. He’d sunk his savings into starting and running his new business venture, which left no funds to cover living expenses. With his single mum struggling financially and unable to support him, Harry found himself sleeping rough. Unable to navigate the system to secure welfare payments, Harry bounced between short-term social housing, homeless shelters, couch surfing, and living on the streets for a year.

At rock bottom, and out of sheer necessity, he returned to the thing he knew best. He started hustling for freelance SEO jobs, offering clients a deal that was difficult to refuse: he would get them a top google ranking for free, and they could pay him afterwards. With a former school laptop as his only resource, he worked out of his local St Vincent de Paul charity store, where he piggybacked off their free wi-fi and electricity. Slowly, he clawed his way back.

After a year, Harry hired his first employee. The following year saw him hire eight more people. Today, StudioHawk is the largest dedicated SEO provider in Australia. The company also has a satellite office in London because “my goal is not just to be the best in Australia, but to be the best in the world,” says Harry.

In 2019 StudioHawk turned over $3 million, but there’s more to the company than profits. With his father’s early negative experience with an SEO agency front of mind, Harry is committed to running his company with ethics.

He says that what motivates him most is “the opportunities we create – whether it’s the client in tears on the phone telling you how you’ve changed their business or people within the company who share their stories of going from nothing to leading teams. Every day it gets me out of bed.”

Despite running a multimillion dollar company, Harry doesn’t count financial success amongst his greatest achievements. Instead, he finds fulfillment in developing people. “I’m most proud of the amazing team that we have built around us: 18 SEO specialists strong and every one of them a gun. I’m proud of the opportunity we’ve been able to afford people from all sorts of backgrounds,” he says.

And according to Harry, it’s reciprocal. When asked about the biggest factor in his success, he says: “My team and the awesome people around me. Nothing truly amazing can be built alone; it takes a committed and dedicated team to make a company successful. I’m truly so thankful to all of them.”

With the future once again looking very bright, Harry is establishing himself as a leader not just in the world of SEO, but in the world of business. We asked him what advice he’d give to young entrepreneurs, and he left us with this: “Try! Start that business, try that scary thing nobody else has done, and test the reasons why people say you can’t do things a certain way. Innovation doesn’t come from doing what everybody else is already doing.”

Harry Sanders will be speaking at the 5th annual B2B EXPO and Seminar this March 18-19 at Marvel Stadium, Docklands. Tickets are free. Register here.