3% predicted 2021 GDP growth for Australia, but large differences between states and territories 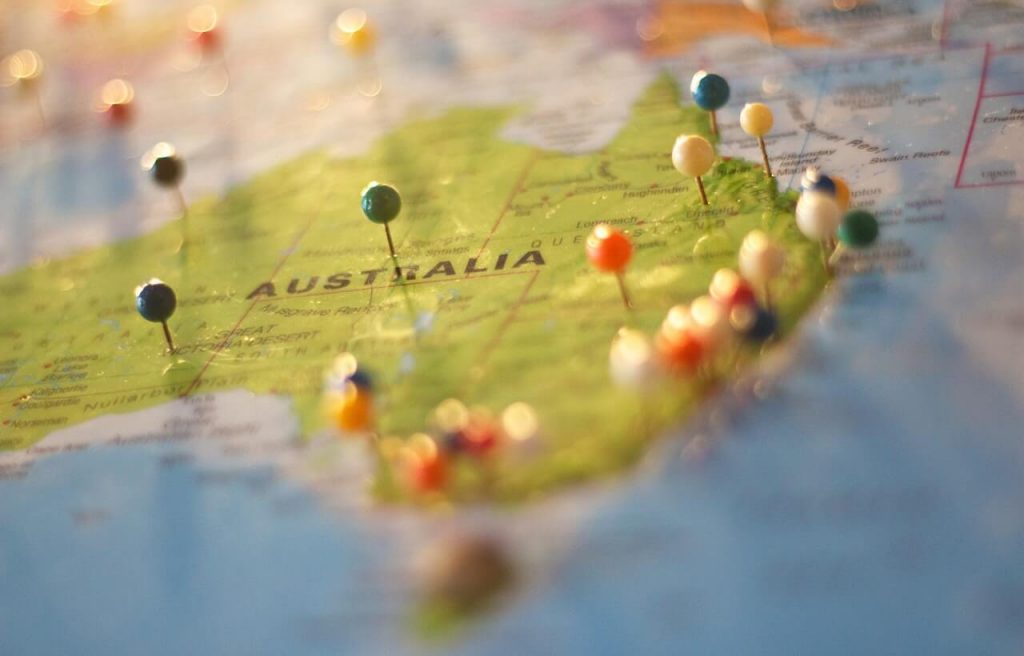 We assume that Australia succeeds in keeping virus numbers mostly suppressed, allowing restrictions to continue to be lifted, that a vaccine or good anti-virals are available from mid-2021, and are in wide usage by late 2021, and that international borders re-open gradually, starting with New Zealand in late 2020 or early 2021, and broadening to cover essentially the world by end-2021.

A rampant virus has left the global economy shuttered and shattered.  The damage is deepest where the virus has spread the most – India, Spain, the United Kingdom, France, Italy, Germany, Japan and the US.

The damage has been less deep in much of east Asia, with Taiwan and Vietnam the stellar standouts, with South Korea having mounted a pretty good dual defence of lives and livelihoods, and with China itself staging a remarkable recovery.  Yet the good news stories are relatively rare.  Most of the globe has bumbled its health and its economic responses.  The resultant downturn is deep, and the recovery will be slow and patchy.  A vaccine or good anti-virals will help.  And so too will continuing government support.

But the road will remain hard for some time.

Australia too is amid a devastating recession.  Yet perspective is handy.  Even with the second wave in Victoria, our nation has outperformed the world on the virus, and that’s allowed us to outperform on our economy too.  We’ve held the economy together using Band-Aids.  That’s worked brilliantly.  But the Band-Aids are starting to come off.  And the virus remains an unpredictable enemy that could throw further spanners into the works.  So although this recession arrived fast, it will leave slowly.  Even with extra tax cuts for families and businesses, we still face a big cash crunch between now and end-March 2021 as JobKeeper and JobSeeker are dialled back, as money from early access to superannuation dries up, and as a range of mortgage and rent deferrals run out.

Money makes the world go around … but not much money is currently moving.  That has taken momentum from both wage and price inflation.  And they weren’t shooting the lights out to begin with anyway.  Businesses haven’t had much pricing power, and now they have less.  Ditto workers.  So wage and price inflation will stay in the slow lane until unemployment is comfortably below 6%.  That looks like being sometime during 2024.

Interest rates used to be instrument of fear.  Now they’re roadkill.  They’ll stay nailed to the floor for years, globally and locally, because (1) this is a big recession, (2) inflation is also road kill, (3) governments will bow out of their support too early, leaving economic repair up to central banks, (4) economies are now more accident prone, so central banks will be super cautious, and finally, because (5) interest rates are more powerful than ever – were they to go up, they’d flatten economies.  That combination says that the Reserve Bank will do exactly what it says it will do:  it will keep the cash rate flat to the floor through to early to mid-2024.  At least.

Much of the ups and downs of the $A through the pandemic had more to do with the $US than with the $A itself.  The $US initially surged amid a global flight to safety, but it has since fallen for a range of reasons.  Yet there are $A-specific factors in play too:  the currency’s recent rise owes a lot to our successful management of the virus as well as the relative resilience of global commodity prices (especially iron ore).  That said, recent ructions are slowing and, barring new major surprises, the $A may not shift too much in either direction for some time.

When borders open again is, if anything, less certain than a few months ago.  And even if Australia opens most international borders gradually through 2021, the nation’s total population in just two years is set to be about 600,000 (six full MCGs) smaller than we’d forecast it to be ahead of COVID.  That shortfall looks here to stay.  So, if demographics is destiny, then our destiny just got a lot more challenging.  That loss of migrants will have impacts for many years:  it weighs on the pace of recovery, slowing everything from housing construction to the utilities.  And, combined with a slumping birth rate, it will change the outlook for school numbers. Meantime it’s good news that the government has made it clear that unemployment is now Public Enemy Number 1, and that it will keep the budgetary pedal to the metal until unemployment is “comfortably back under 6%”.  But the matching bad news is that we don’t see unemployment back to 6% until early 2024, and that “comfortably under” looks set to be late 2024.  That’s a long time between drinks.

The government’s aim is to fix the economy first, and deal with the deficit later.  That’s sensible:  the best medicine for a wounded budget is a healthier economy.  So there’s been a raft of new decisions, encouraging families to spend (via earlier personal tax cuts) and business to spend (via temporary investment incentives).  That’s expensive, and so the headlines have been hogged by the resultant increase in federal debt (up on pre-COVID expectations by half a trillion dollars by 2023-24).  Yet although the increased debt is eye catching, economists look to the combination of debt and interest rates to assess the sustainability of policy costs.

2020 negatives have been dominated by lockdowns.  The upfront pain was all about lockdowns and border closures.  We weren’t allowed to do things, or we didn’t want to do them.  That hit many, including airlines, airports, tourism, foreign students, cafes and restaurants, pubs / clubs, hotels and motels, retail, cinemas and entertainment.

Opening back up creates an initial bounce.  Although Melbourne is still stuck at that first base, most of Australia has already enjoyed rapid re-opening.  Aside from international and some state borders, families and businesses have been in recovery mode.  And Melbourne should soon join in.  So, COVID willing, 2021 looks set to continue the developing recovery in sectors smashed by the lockdowns of 2020.  If we can keep COVID at bay, then the likes of accommodation, food, entertainment, airlines and others will be climbing back from the abyss.  And there’s more:  by 2022 tourists and foreign students will be here in greater numbers.  So yes, there’s some cavalry coming.

2021 negatives will be more those of a typical recession.  Even with more businesses able to open, the fading emergency supports for the economy means that 2021 will look more like a ‘usual’ recession, with sectoral damage starting to centralise in the likes of manufacturing, as well as in housing and commercial construction, while sectors reliant on discretionary spending (including retail and entertainment) will be on the slow train back towards normal.

In 2022 and beyond sectoral pain will be dominated by lower-than-expected population.  The coronavirus crisis will leave behind a huge hangover:  we see an Australian economy permanently be more than 3% smaller than our pre-COVID forecasts, mostly as closed borders mean our population will be similarly smaller.  That’s two-thirds of a million missing Australians.  (Treasury estimates that shortfall at a million.)  The arc of our nation’s history is bending before our very eyes.  A smaller and older Australia awaits us.  That isn’t necessarily bad, but it’s definitely big:  it will reshape the nation’s future in a bunch of ways.  So the longer term outlook is worse for all those selling into Australian markets.  (It’s our exporters, miners and farmers in particular, who have less to fear on this score.)  And it’s most challenging for those industries whose market size is determined by the increase in population.  Their pain will linger.

States and territories – what next?

Virus permitting, 2021 will be a year of recovery, but different states will be travelling at very different speeds.  With their low virus numbers and ability to sell resources to the world, the NT and WA will lead the national recovery.  NSW is next, as it recovers from the big hit it took in 2020.  SA should also outperform the nation in 2021 – like the NT and WA, its success against the virus is a big plus, but it comes with less of an ability to sell to the world.  The ACT did really well in 2020 amid surging public spending, but that’s relatively less useful in 2021.  Queensland has been a virus success story, but closed local and international borders come with a cost.  Tassie did well in 2020, but that will limit its recovery in 2021.  Victoria has enormous recovery potential, but that may not be much in evidence until late in 2021.

NSW has deftly protected both lives and livelihoods.  But Sydney is our most densely populated city, so outbreaks and restrictions will keep coming, and the state will need to keep up its successful juggle of that.  Migrants can’t come, though, and that lack of migrant momentum hurts.  So too does weak consumer and business confidence.

Victoria’s second wave leaves it last in the national recovery queue.  The huge hit to the state’s economy means that, when it re-opens, it will bounce back more than any other state, for the simple reason that it has more catch up potential.  But in the meantime a brutal wave of bankruptcies will leave higher unemployment than elsewhere.

Queensland has had superb success against the virus.  But the border closures that were part and parcel of virus success came at a notable cost to jobs given the state’s dependency on foreign and interstate visitors drawn to its sun and surf.  And Queensland’s strengths in coal and gas have been less useful than WA’s reliance on iron ore.

SA took swift action, getting on top of the virus fast.  That allowed an easing of restrictions at mid-year, giving the local economy a head start on recovery.  And lost migration momentum is a smaller negative for SA than it is for others.  But a range of structural issues that have plagued the state for a while haven’t disappeared.

Western Australia is faring remarkably well through COVID.  It got the immediate health crisis under control, allowing life to be more normal in the West than pretty much anywhere else in Oz.  And China’s relative resilience (and Brazil’s lack of it) means that, even amid the biggest global bust in many decades, iron ore remains a gift that keeps on giving.

Tasmania made the most of its Apple Isle status and shut its border to the mainland.  That saw the state steady the COVID ship, allowing it to get closer back to ‘normal’ life.  And, like SA, Tassie doesn’t get many migrants, so it doesn’t miss them as much when they’re gone.  But the speed limits on the state’s growth remain notable.

After bringing case numbers down incredibly fast, the Northern Territory opened up its borders sooner than almost anywhere else.  But that doesn’t mean everything is rosy.  COVID hit at a particularly tough time for the Territory’s economy, and the global downturn may keep the Top End’s growth on a tight leash beyond 2021.

Public servants are the heart of the Australian Capital Territory, and they’re beating strongly.  The federal government acted fast to announce a plethora of programs to support Australians.  And those programs don’t implement and run themselves.  Yet that resilience through the crisis also limits the ACT’s bounce-back potential.

Facebook
Twitter
LinkedIn
Email
Print
PrevPrevious PostAustralia is well positioned for recovery: only three societies have successfully fought off a second wave so far
Next PostRBA says Australia might already be out of recessionNext